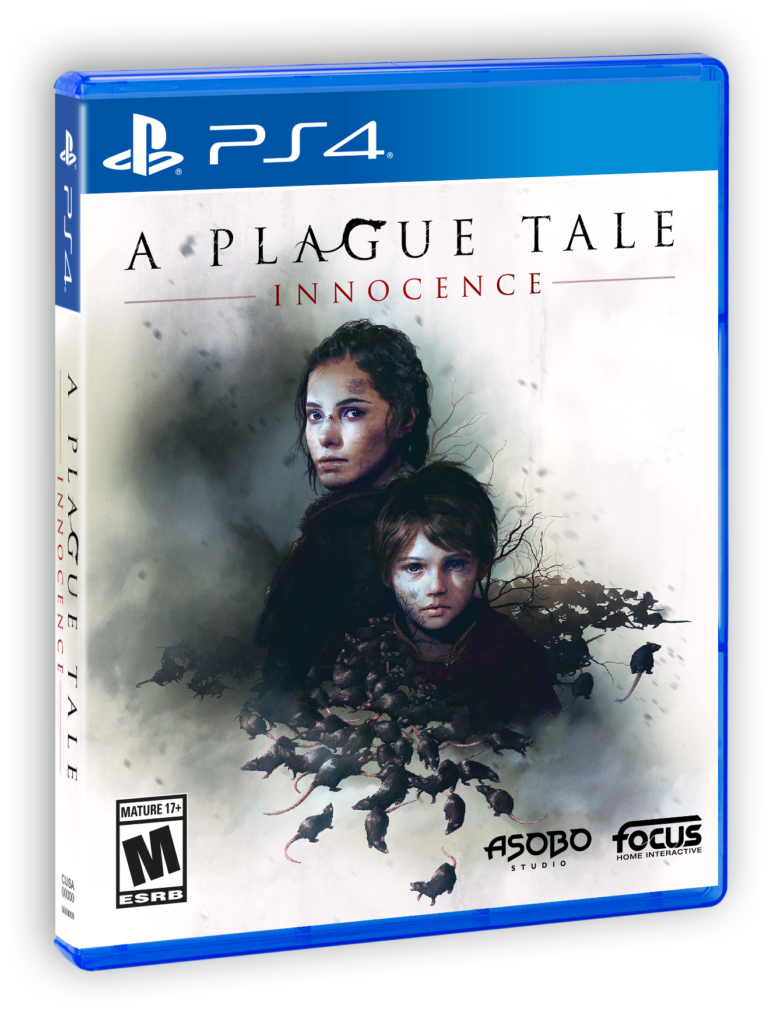 Murophobia is the fear of mice or rats. Many live with that fear today, but compared to mid-fourteenth century Europeans, it almost seems silly. The Bubonic Plague ravaged Europe, Asia and part of Africa, claiming over 200 million lives. This was a highly superstitious time and many thought the plague to be a punishment from God. Such fears gave rise to various forms of the Inquisition which had its own death toll over several centuries. Asobo Studio used the history of its home in France combined with supernatural horror to create A Plague Tale: Innocence. We examine the story of Amicia and Hugo who must survive impossible odds in this new action adventure game.

The story begins in November of 1348 in France. The De Rune family has been decimated by the Inquisition whose goal inexplicably involves young Hugo De Rune. His older sister Amicia is the only family he has left. Despite mild resentment of Hugo, she is determined to protect him. The end seems so far out of her reach as she doesn't even know where or what it is. Fortunately for Hugo, Amicia lives up to their father's description. She is determined and unwilling to give up once her mind is set to something. Hopefully that will be enough to evade the Inquisition and the rats long until a cure for Hugo's disease can be found.

Some Bonds Need to Be Broken

Early on it is unknown why the Inquisition would be after Hugo. Both parents perish before anything can be explained to Amicia. Only two things become clear early on. First is that the rats are abnormal; how they erupt from the ground is the least strange of their behaviors. More important is that Hugo's illness appears to be somehow connected to the rats. His attacks always seem to precede large concentrations of rats. Amicia must finish her mother's work to save Hugo. She must learn the truth of the rats and find a way to stop them.

There is a lot to like about the gameplay in A Plague Tale: Innocence. Sadly, movement is not one of them. You will get used to this quickly, but the always front-facing Amicia is annoying. This way she moves makes the camera control awkward and feels like an old school arcade game. Having to use the right analog (look) to turn her body feels very wrong in 2019. I was treated to a death animation in several running scenarios because I needed to turn. Aside from this, control is (mostly) smooth and responsive.

The game is also forgiving – you get a few seconds to act during tense situations. If said situation ends in death, you will probably get it right the second time. This is not a game that will have you pulling your hair out to figure out how to proceed. At most, you will need to look around carefully to solve a puzzle. This is always a good idea as there are collectibles and consumables everywhere. There is no new game plus but completionists can return to chapters where they missed things.

A lot of this game is an escort mission. You are, after all, charged with protecting Hugo. He usually listens to Amicia, but remember that he is a five-year-old momma's boy torn from her bosom. Hugo will annoy you and not in the good Atreyus kind of way. Props to Asobo for creating a character that rightfully “doesn't get it.” He creates gameplay situations by childishly making noise where he should not. He also humanizes you and drives the story by remarking at the things you have to do. Without going into detail, there is a moment where he is very upset with your treatment of a farm animal. You will find yourself wanting to strangle Hugo on occasion.

Not All Monsters Come from Beneath

Asobo Studio wanted A Plague Tale: Innocence to accurately portray the ugliness of man during the fourteenth century. You face neverending swarms of rats that can strip a carcass of its flesh in seconds. Despite this, people are the most monstrous in the game. Even Amicia will need to do horrible things like serving soldiers up to the rats in order to protect Hugo. Stealth plays a big part in the game as the Inquisition is only looking to capture Hugo alive. Amicia is tough, but a sling is not a terribly effective weapon against armed men. That is unless you use it creatively.

Lady De Rune teaches you to use noise distractions to bypass guards. When that fails, Amicia has excellent aim to target weak points. This can be used to remove armor, open passages, stun, kill and more. If they do not see her coming or she reacts quickly enough, Amicia can be a low-grade Lara Croft. Silence is your strength in this game. To be accurate, silence and rocks are your strength, the rest is on you to build.

Amicia's sling was given to her by her father when she was ten. It shows its age and is not suited for her stealthy new lifestyle. A terrible encounter leads the siblings to a house where Amicia is introduced to the crafting table. After this, you will find crafting tables at various points in the adventure. You have to obtain tools each time you want to upgrade your gear. Once you have that, the tables allow you to:

There is no set pattern in which to upgrade, but consider what, if anything, you have had trouble with. Upgrade the sling if the Inquisition is getting the drop on you, for example. Remember that the materials needed to upgrade are the same ones used in creating certain ammunition. Upgrading your carrying capacity is always a prime choice, but what you have on hand matters. Look everywhere and pick up everything you can, especially if playing with the HUD off.

There are many areas of France that have retained their Old World architecture. The graphics team at Asobo had but to look outside and photograph their neighborhood to get ideas for the game. The scenery and lighting in this game are amazing. With light being your only defense against the rats, special attention went into its behavior. The source and type of light, along with what it hits create various effects on skin, water and surfaces. I would talk about the water more (you know I love my VG water), but there is not a whole lot of it here. It does look great though.

Overall, the graphics are not the top of today's standard but the game is very pretty. The people, while brilliantly designed and realized, are much less attractive. Amicia would be considered a pretty girl in reality, but this is France in 1348. At the beginning of the game when she is still “noble,” she looks kind of dirty. This is before France had plumbing and the people reflect it. As you progress, she gets bruises and cuts that further detail the lack of running water. A Plague Tale: Innocence gets high marks for how it captures the look and feel of 100 Years War France. This being the first IP from the studio, I look forward to seeing how they develop their game engine.

The Emotion of Sound

Focus Home Interactive rightfully loves employing Olivier Derivière. Responsible for the music of last year's Vampyr and a personal favorite Remember Me, he has another hit here. The sound design alone begs for surround sound but the music is a whole other animal. The composition perfectly frames the feel of a scene. When rats are present, you here light, nervous strings. When mass eruptions happen, you hear the much heavier viola da gamba. I recall a particular scene where I had to sneak by some soldiers. One was patrolling tall grass I was hidden in. The weight of the drum beats depended on the soldier's proximity to me. Were there nothing else, I would say this game needs to be experienced for the music alone.

Verdict: A Plague Tale: Innocence – Let it Infect You

I am glad that I am not part of a game development studio, especially not one releasing its first game. The pressure and anxiety of awaiting reviews would drive me crazy. Fortunately, Asobo Studio did an amazing job with A Plague Tale: Innocence. Let it be known that this game could have been better. I am going to talk about its shortcomings because I hope the next title from Asobo puts this one to shame.

I love how the story blends real-world history with fiction and throws in supernatural elements. Hugo is an annoying brat, but you will want to protect him and discover the secrets of his illness. On one hand, the game has you build the relationship between the siblings; it makes you care. On the other, you want to know the secrets Béatrice De Rune died to protect. This will be one of the great narratives this gaming year.

Wile the gameplay could use some polish, the stealth is enjoyable and progression is intuitive. I was pleasantly surprised that there are boss battles in a title that is mostly running and hiding. The length of the game is disappointing. A few dedicated hours will take you halfway through the story; this game can be beaten in a day. The graphics and music will make this brief experience a memorable one, especially if you have a 4K display. I think there are few that would not find something to enjoy about A Plague Tale: Innocence.

One last thing: The title leads me to think there could be other plague tales. I hope this is just the beginning. 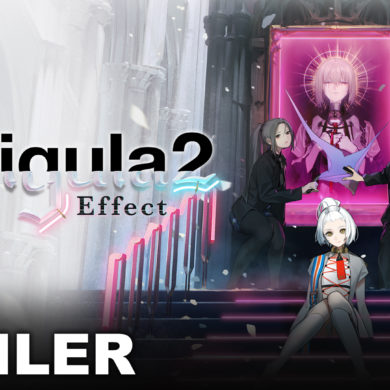