Lumo is the type of game that simultaneously is and is not for everyone. I will admit that I cannot keep up with everything that the millennials do these days. When I figure out some of it, I am actually proud of that fact. Fortunately for me, I still have something on them that they will never experience; that being the arcade experience. SPOILER ALERT: Dave and Buster's is not a real arcade experience. While arcade games never offered sex in a tricked out ride from hookers, they laid the foundation for everything we play today. Every now and again a developer remembers those days and throws an Easter egg or two into a title. One such man is Gareth Noyce, the man who single-handedly created Lumo. He didn't just throw in an Easter egg or two, this guy tossed in several cartons worth. Let's take a closer look at what comes from the mind of “the korruptor.”

The moment you start this game the Easter eggs come rolling in. Lumo deeply buries its roots in the PC games and culture of the 1980s. You start as a child running home from school to do what else – play videogames. Someone has set up an arcade in their home and all of the newest hits are there. While you are exploring the sights and sounds you come across a scene in the back that should look familiar to almost everyone. Paying homage to Tron, you are blasted into a digital world. While there is no MCP or evil programs to deal with, you are still stuck in a seemingly endless dungeon. Instead of an awkward school kid, you now look like the black mage from the original Final Fantasy (or Vivi from FFIX). You will have to make your way through over four hundred rooms and try to find a way back home. All the while you must solve puzzles, avoid pitfalls and traps and manage to not get lost. This is gonna be easy . . . right?

Lumo is very simplistic in story because it doesn't need to have a complex tale. Gareth Noyce poured a true love for gaming into this project and it shows in just about every room. You do not have to get all of the references to appreciate what he has done.

I sometimes wonder how we ever got around without GPS. I even think to myself how I would make it in some games without a map. Lumo answers both of these questions. There is a map, but you will have to make it to the room that holds the map for each area. You will also need to commit the map to memory because you only get one look at it. This is really not the biggest problem because the rooms are pretty distinct. There are often arrows or clues that let you know which way you should be going; one need only pay attention. The game itself is very straightforward; get from point A to point B, sometimes C or D also. Each room will present a challenge, secret or both. You could ignore the secrets, but then you probably would not want to play a game like this. The isometric layout can make platforming difficult at times, especially while trying to collect the rubber ducks. Fortunately there are a few control schemes to choose from. In my live stream video, it sometimes looks like I backtrack (and sometimes I do) when I was just trying to get used to the controls. Movement feels a little loose; I sometimes found myself growling at my character not going where I wanted. Sometimes I think that even that may be intentional. Lumo is made to test your gaming skills and patience is one that it will test more than the others. You will die frequently as you try to get that duck that sits in a pool of acid. Repetition reaps rewards in this game.

My God, It's Full of Stars!

Lumo can be a little disorienting at first. Yes, you are in a dungeon, but you only see the room that you are in at the time. Everything else looks to be the black void of space. You won't stare at the stars for very long as the level design will grab you quickly. Most levels are bricks and boxes but there are things like bubbles, fans, water and of course, rubber duckies! Hazards include spikes, acid, fire, wind, lasers and giant boulders. And then there is water. You guys know how important water is to me when it comes to graphical detail and effects. You can always tell how much work was put into a game based upon water, fire and smoke effects. The rooms are not well lit in Lumo and the water is murky. Even still you can see the reflection of your character an the ripples caused by any object that makes contact with it. The attention to detail and particle physics are exemplary.

Lumo is intentionally similar to a lot of other games. The thing is that most of them you will only find as YouTube clips or if you use emulators. Gareth Noyce made this game as an homage to his own gaming youth and the titles he has worked on in the gaming industry. Here are just a few of the Easter egg references in the game:

Despite the fact that you are in a dungeon, a beautiful world full of color lay before you. Be warned however, because Lumo is made to drive you crazy so you might break a controller or three before you finish. This is one of those titles that truly deserves the distinction of being “for gamers, by a gamer.” My hat is off to Mr. Gareth Noyce for putting Lumo together by himself. If you remember playing games in an age where sixty-four kilobytes was considered hardcore RAM, get this game. If you don't even know what a kilobyte is, you will miss a lot of the jokes and Easter eggs, but you should still be playing this game. 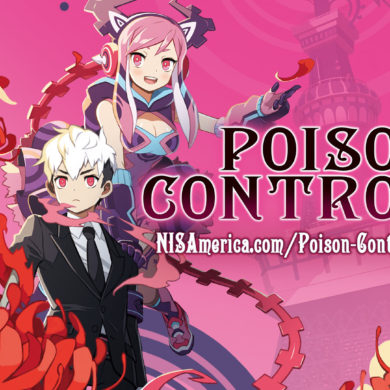