If you're comic book fan then November is the month for you as both for Marvel and DC have properties hitting the big screen and the small screen. DC, of course, is celebrating the release of Justice League which marks the first time the team has been seen together on the big screen. In celebration of the momentous occasion, DC has christened November 18th Justice League Day. More than one thousand comic retailers, bookstores, libraries, Six Flags Theme Parks and other partners around the globe will host “Justice League Day” activations, including distributing free copies of JUSTICE LEAGUE DAY #1 SPECIAL EDITION, which reprints The New 52 JUSTICE LEAGUE #1 by superstar creative team Geoff Johns and Jim Lee, and features new cover art by Ivan Reis. Digital retailers will also offer free downloads of the comic. 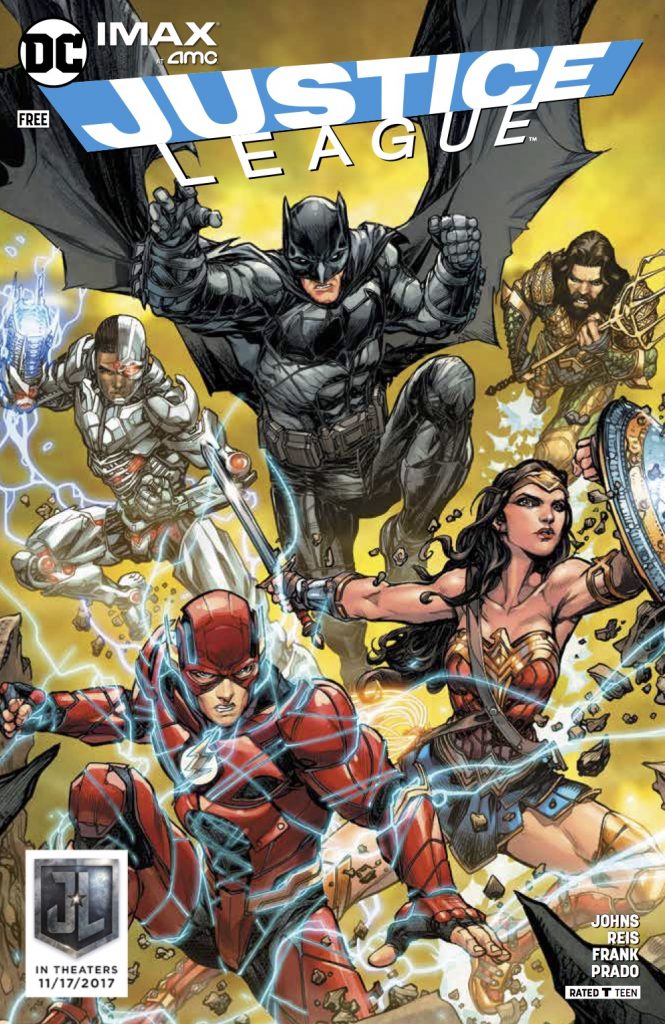 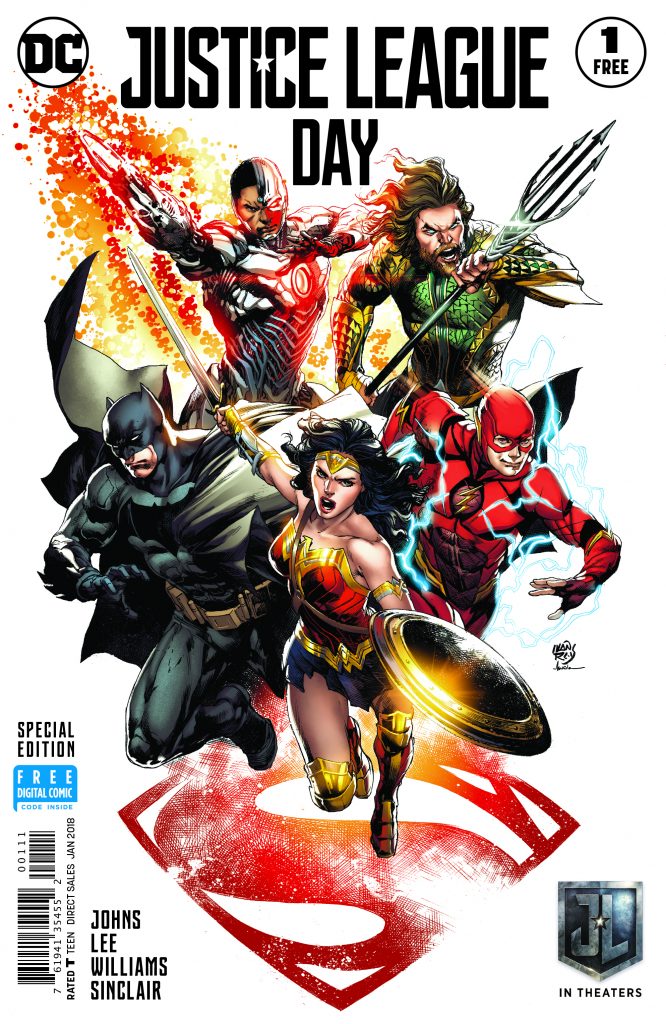 DC wants to celebrate the Justice League's debut in spectacular fashion so if you want to support then head to your local comic book store and get in on the festivities.

CELEBRATE THE MOST ICONIC DC SUPERHERO TEAM SATURDAY, NOVEMBER 18 WITH

Justice League titles at Books-A-Million locations will be on sale Nov. 14-27 with a buy one, get one 50% off special offer. Digital readers can rediscover their favorite Justice League stories with DC’s “Join the League” sale, from Nov. 7-20. The two-week sale features over 160 e-books and periodical issues, including The New 52 and Rebirth collections for AQUAMAN, BATMAN, WONDER WOMAN, SUPERMAN, GREEN LANTERN, CYBORG and THE FLASH. DC will also offer over 100 discounted Justice League led e-books and periodicals with the “Justice League: All In” sale, from Nov. 14-20. DC’s digital sales are available via readdcentertainment.com, Amazon Kindle, ComiXology, Google Play, iBooks, Nook, and Madefire.

Join the celebration on November 18 and share on social media using #JusticeLeagueDay.

ABOUT JUSTICE LEAGUE
Fueled by his restored faith in humanity and inspired by Superman’s selfless act, Bruce Wayne enlists the help of his newfound ally, Diana Prince, to face an even greater enemy. Together, Batman and Wonder Woman work quickly to find and recruit a team of metahumans to stand against this newly awakened threat. But despite the formation of this unprecedented league of heroes—Batman, Wonder Woman, Aquaman, Cyborg and The Flash—it may already be too late to save the planet from an assault of catastrophic proportions.

ABOUT DC ENTERTAINMENT
DC Entertainment, home to iconic brands DC (Superman, Batman, Green Lantern, Wonder Woman, The Flash), Vertigo (Sandman, Fables, etc.) and MAD, is the creative division charged with strategically integrating across Warner Bros. and Time Warner. DC Entertainment works in concert with many key Warner Bros. divisions to unleash its stories and characters across all media, including but not limited to film, television, consumer products, home entertainment, and interactive games. Publishing thousands of comic books, graphic novels, and magazines each year, DC Entertainment is one of the largest English-language publishers of comics in the world.