The first Saints Row was a blatant rip-off of the Grand Theft Auto series, clear-cut and simple.  Saints Row 2 decided that they needed to distance themselves from the GTA clone label and moved towards their own distinct form of open-world gameplay, full of over the top characters, ridiculous missions, and a sophomoric sense of humor that would make any soccer mom blush. Saints Row the Third starts a few years after the end of the second game and the Saints have become media darlings with their own clothing brand, energy drinks, and creepy Jonny Gat mobiles.

While at the bank, the shit hits the fan and the Saints have to take on another gang group called the Syndicate in a new city of Steel Port. The story of the game, though funny, is very similar to the second game in that there are 3 main gangs and an overlord organization that wants to get rid of all of them. That being said, the story isn't horrible, it's actually funny and it truly feels like your character cares about his friends despite the fact he is a complete mass-murdering psychopath. The game has a huge level of customization for your character – if you want him to be a 7ft tall blue man who speaks in zombie gibberish you can, or you can make him into a giant Scottish-accent having bull-dog it's up to you.

The mission structure of this game had both highs and lows. In the first hour, you will rob a bank in a crazy fashion, jump out of a plane and have a mid-air gun fight, then have a helicopter chase. The problem is, in the second quarter of the game the missions get boring – a lot of running around taking this thing here and shooting this one random guy there. This isn’t a huge issue since it picks back up in a major way but it is still a downer while it's happening. Weapons in this game vary and are just as customizable as your character. The same can be said for the vehicles. You have everything from your basic car and motorcycle to hybrid jets and hover-bikes.

There is co-op in the game but I wouldn’t suggest it. This game was really built for a single player experience and it just seems to run better that way. Whored mode (yes, it is spelled like that in the game) is similar to a horde mode you’d see in other games with waves of enemies attacking, but instead of the levels getting harder, the way you have to kill enemies changes. It makes things pretty interesting. 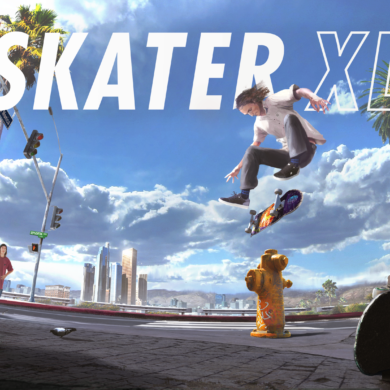