Marvel Unleashes A Wave Of Second Printings For 2016

2015 was a great year for Marvel's house of ideas with successes in TV, film and comics. A lot of great books came and went and while many of you including yours truly got our hands on most of the books we wanted there were quite a few that slipped through our fingers. Marvel will be releasing a wave  of second printings for the following books:

Look for these books at your local comic shop on January 27th.

Kick Off 2016 With More Sold Out Marvel Titles!

Don’t Miss The Second Printings of These Hit Issues!

New York, NY—January 6th, 2016 — The new year is off to a bombastic start as even more second printings of your favorite All-New, All-Different Marvel titles are coming to comic shops! Featuring the hottest creators, the biggest characters, and the best stories, don’t miss one issue of these hit new titles!

Missed the penultimate issue of Secret Wars before the big finale next week? What about the first issue of Rocket Raccoon and Groot’s latest intergalactic adventure? Or the kickoff to the newest arc of Amazing Spider-Man? Don’t worry – we’ve got you covered! Catch up when second printings of SECRET WARS #8, AMAZING SPIDER-MAN #6, HOWARD THE DUCK #3, NOVA #3, ROCKET RACCOON AND GROOT #1, SPIDER-MAN 2099 #5, SPIDEY #2 and OBI-WAN AND ANAKIN #1 all return to comic shops in early 2016!

Now is the time to jump headfirst into the Marvel Universe! Here’s what some of the critics have to say!

“This series is very exciting – its approach is so new, there’s no way of anticipating what could happen next.” – AiPT!, on AMAZING SPIDER-MAN #6

“The first issue is another solid entry in the new line of Star Wars comics….Another must get for Star Wars fans.” – Graphic Policy, on OBI-WAN AND ANAKIN #1

Did you miss out on your chance to get your hands on any of those exciting issues?  We’re just getting started – so hop on board the titles that are burning up the charts and have the whole comics industry talking!

To find a comic shop near you, visit www.comicshoplocator.com or call 1-888-comicbook.

About Marvel: Marvel Entertainment, LLC, a wholly-owned subsidiary of The Walt Disney Company, is one of the world's most prominent character-based entertainment companies, built on a proven library of more than 8,000 characters featured in a variety of media over seventy years. Marvel utilizes its character franchises in entertainment, licensing and publishing. For more information visit www.marvel.com © MARVEL 2015 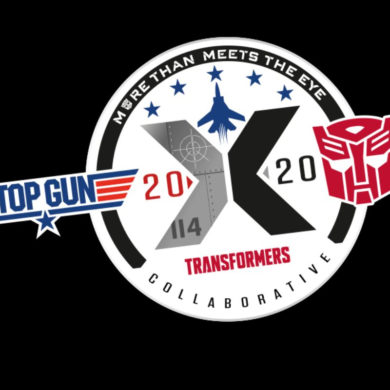