I am one of those people that likes to be surprised and doesn’t try to get all the info on a new show or movie. All I had heard about “Titan maximum” was that it was created by the minds behind Robot Chicken and that it was inspired by Voltron and similar mecha-based animé. Those were two factors that made me think “cool, this is going to be like the shows I enjoyed as a kid.” Truth is, it does pay homage to those shows, but it in essence, Titan Maximum is two things: a poorly done spoof on mecha-based anime and a really long Robot Chicken skit – a bad one at that.

I am not even going to do my regular review format for this show. The story goes like this: The leader is a jerk, there are two girls: one is a prude who got deflowered by the main bad guy (who used to be on the team) and the other is a whore, just so they can have sex jokes. The original fifth member died because he is a dumbass (he fell out of his high rise window while sniffing coke with a prostitute). The guy who used to be on the team is replaced by the leader’s little brother, who becomes the team’s engineer (he has an engineering degree from DeVry, because that just gets funnier every time we hear it). The dumbass who fell out the window is replaced by…..a monkey.

That’s right folks, a monkey. A monkey that makes no sounds and has the same face all the time. I strongly believe he will carry the show.

And that’s it, I’m done. If you like Robot Chicken (let me be honest, I really do) then you will probably hate this show. Remember your favorite episode of RC and how it was so funny but there was that one skit that you hated? That’s Titan Maximum and now it’s eleven minutes long. Stoopid Monkey.

Did I mention that this guy on the left's real name is Admiral BITCHFACE? It really is.

Unless there are some serious improvements, Titan Maximum gets a 3 out of 10 because the opening sequence of the first episode was utterly hysterical and that is the only reason I sat through the twenty-two minute long premiere.

This is Titan Maximum. Seriously

(I will update this if the show gets better) 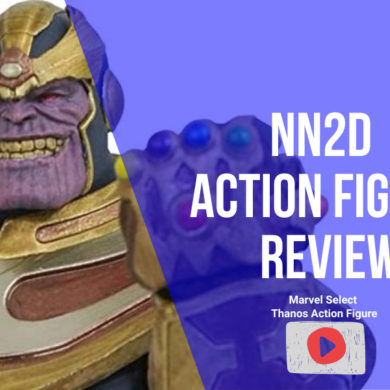