Game of Thrones seems long overdue as a Telltale project after the success of seasons One and Two of The Walking Dead. Game of Thrones is probably one of the few shows on TV that can even compete with that and finally there is a story from Telltale within that universe. With all the treachery, murder, sex and general acts of people being terrible, this should be the perfect Telltale game. Now that the final episode has released and we can take a look at the game as a whole, I will give you my honest opinion of such. Make no mistake, though, even though there is no nudity or sex in the game, everything else that makes Game of Thrones not for children is present and I do not recommend this as a bedtime story for the little ones. That said, let's break this game down and see if it is something to add to your Black Friday shopping list.

NICE DAY FOR A RED WEDDING As a frame of reference for fans of the show know that the events of this game start maybe an hour or so before the Red Wedding takes place. The events of the game are then intertwined with the main story up to right before Lady Margaery marries Tommen. Put more simply, the series of events run from the middle of season three in the show up to somewhere in season five. Created within the world of Game of Thrones is House Ironrath, led by Lord Gregor Forrester. He was a bannerman of House Glover who were loyal to the Starks. If you have seen the show, you know that being aligned with the Starks cannot bode well for a house and things get really bad from about five minutes into the game. Gregor had (ahem) six children: Rodrik, Mira, Asher, twins Ethan and Talia and Ryon. During the course of the game, you play as all of his children except for Talia and Ryon. You also play as his squire, Gared Tuttle at various points. Your goal is always to preserve House Forrester, with Asher and Mira attempting to do so by securing help from others. Ethan and Rodrik primarily try to maintain order within the house whilst defending it from House Whitefield. While the story unfolds for these characters that were created for the game, we see many characters from the television show. All of them are voiced by the real actors and actresses that portray them. Ramsay Snow, Margaery Tyrell, Cersei and Tyrion Lannister and Daenerys Targaryen are the players that help shape the story. Jon Snow also appears but he has very little impact on events. Initially, I did not care for the frequent switching of one character to another. I found it somewhat confusing and it made it difficult to become vested in the characters you played. This only lasted until the ending of episode one where the necessity for this style became “painfully” apparent. None of your playable characters have direct contact with each other save for Rodrik and Asher, but that lasts only for a few minutes. Even so, you get the feeling that when you control one person that you are helping, or trying to help, another. This is the adhesive that pulls the story together. I definitely look forward to a second season of “The Forresters.”

BEND THE KNEE The graphics of Game of Thrones are a bit of a mixed bag and opinions may vary from one person to the next. Overall, the art style is well crafted. Looking at Tyrion or Daenerys will make you feel as though you are looking at a well-crafted painting of the characters. That said, the game does not lack beauty in its overall design, but there was always this fuzziness or haze around the characters. Now that I sit and write this, that style may also have been used to give the impression of a painting as there are many with that style but I personally did not care for it. A thin outline would have looked cleaner to me and kept things from looking cartoon-like. I am sure that the artists wanted this game to look significantly different from previous Telltale titles that are based upon video games and comic books. This again was just a peeve of mine and it did not nearly kill the visual appeal of the game. The animation is what I had more of an issue with. The Telltale game engine is showing its age and considering how many games they put out (three this year), there is a need for a new engine. Most of Game of Thrones runs smoothly, but there are several moments of choppiness in each episode. There are also the load times. This may attribute to the games being made for previous generation consoles, but on a PS4, Xbox One or decent PC, there is no excuse for having to look at a load screen for even ten seconds in the middle of the game. These issues are not game breakers, nor should they dissuade anyone thinking of playing this game, but these are things Telltale definitely needs to address in 2016.

IRON AND ICE Remember that Game of Thrones is a Telltale Game; this means that you can expect the point and click controls and quick time events. You also have to make various types of timed choices throughout the game. All of their games have the same basic formula, but they still do a good job of keeping the games from feeling the same. Adult content aside, their catalog could be played by any gamer so I am glad to see that they do everything they can to freshen up each new story experience. In Game of Thrones, they did something that they either have not done before or have not done in several years because I have not seen it in any of the other games I have played. That is introducing dead ends into the game. In every other game, I have played the choices may cause the death of one person or another or force you down one of two paths. Telltale thought about the uncertainty of the Game of Thrones show; how your favorite character might not make it past the next episode. Using that, you have to make some of the toughest decisions I have seen from them and some of them will actually cause a game over screen. It's normal to die from not evading danger fast enough but in this game making a choice can kill you. I think that this needs to show up in more of their games because it surprised the hell out of me when it happened. The game will rate you at the end and tell you what kind of House Forrester you were. I turned out to be a good one but. . . just know that you really can play any way you choose. There are slightly different endings and if you do not play the way you really want to then you will be dissatisfied with yours.

Game of Thrones is not for everyone. I am sure there are are two or three people other than myself who have never seen the show and those who are not into violence. I encourage the squeamish to stay away. Fans of the show should definitely check it out because the story is interwoven into that of the show. More so than I have seen in the past, the story is heavily dependent upon your choices. Events may or may not happen based upon how you play “the game.” It is difficult to tell what is unavoidable and that is part of what drives the story forward. You want to achieve the best outcomes, but sometimes you just feel like you are staving off the very worst. I am hoping that Telltale begins to shape more stories, other than just season two of this one, in this fashion. I also am hoping that Telltale either updates their game engine or builds a new one for the games they will release in 2016. Even for an interactive story, a lot of the animation was stiff and the load screens interfered with music and sound effects in places. In several ways, this is the most rewarding of the Telltale games to date. The reason I say this is that as the player I felt the weight of my choices and I want to replay the game just to see how much of a different outcome I can achieve. Fans of the books, the television show, the Telltale brand or any combination of the three would do well to play this game. For once, it is up to you who dies horribly. Yes, I just said that and don't go crying spoilers to me. It's Game of Thrones, you know that someone is going to die horribly. 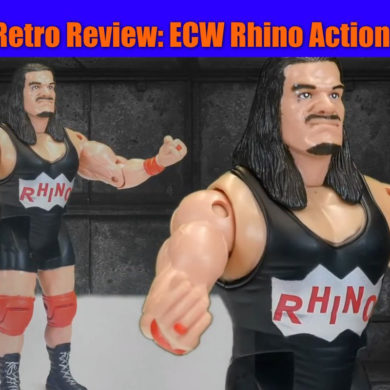