First, let me start by saying that I enjoyed EA Sports MMA far more than the first two UFC Undisputed games. The EA game just ran smoother and was more fun to play. When I first saw the trailer for this game I was really impressed and ready to get my hands on the new and (supposedly) improved version of the game.

The graphics of the UFC Undisputed series have always been on point with great character models and animations. This version is no different – they upped the ante with improvements to both the character animations and overall movement of your fighter. You really feel it when you hit an opponent and there are a huge amount of new movements and animations that the game has thrown in to put a hurting on the opponent.

Overall, I think the game is extremely well-done graphically.

The roster in this game is absolutely massive, no doubt about it. Sporting over 100 fighters and 2 new weight classes, you cannot hate on this roster. An added bonus to the already huge roster is that the Pride Mode has its' own set of fighters, plus a couple of younger versions of current UFC fighters.

My only issue with the roster is that it is incomplete. For some reason, the developers thought it was a good idea to not give us all the fighters from the jump. I understand it's for money, but that doesn’t mean I have to like the fact that I can’t play as the Korean Zombie until April. The Create-a-Fighter is also kind of lacking, no matter how hard you try all your created fighters are going to look similar. While not a big deal, it was a minor  annoyance to me.

The Career Mode has been redone to great effect. As usual you can create yourself and fight your way through the minors until you get into the UFC. One of the big changes is the time between fights. Instead of displaying stats (which were annoying as all hell), you get two options between fights; to either learn a new move or train in one of the pretty fun mini-games. A cool new feature also is that you can go through the entire Career Mode with a fighter that is already in the UFC or Pride. 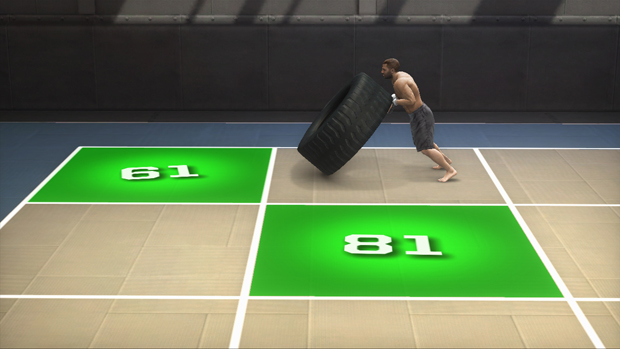 By far, the coolest feature of Career Mode has to be the Pride Grand Prix. Once your fighter is one of the Top 3 fighters in his weight class, you get the opportunity to fight in the Grand Prix – head stomps and soccer kicks included.

The controls in this game have been revamped to the point that it is hard to even recognize and that is a really good thing. The striking game controls are way better than the last games, with feints and jabs being added in to  make it far more realistic. The submission system has been completely changed as well – more or less the game ripped off EA Sports MMA's  system. The game controls differ slightly once you go into Pride mode, adding in stomps and soccer kicks and taking away elbows on the ground.

This game is definitely worth a buy. It boasts a major improvement over the last 2 games and is possibly the best MMA game ever released.