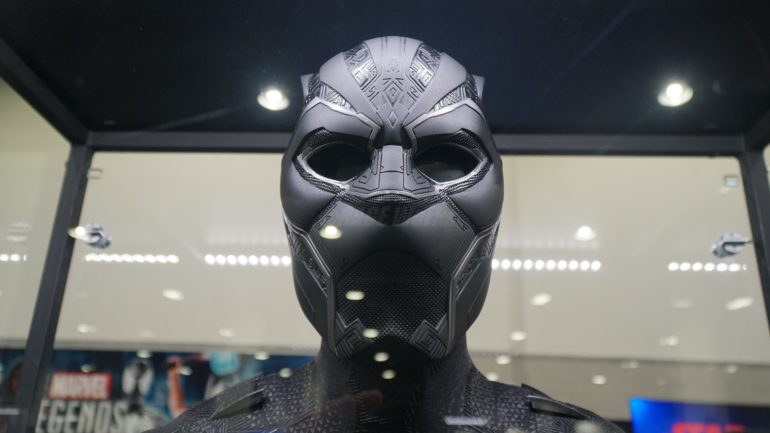 We had the pleasure of attending Hascon last month and seeing a ton of amazing toys and collectibles from some of our favorite franchises. Marvel had a huge presence at the event both on the action figure front but also on the collectible front with tons of great figures and high-end collectibles for Marvel fans of all ages.

Black Panther fans have a lot to look forward to as Hasbro has a ton of awesome Black Panther merch on deck for kids of all ages. We took some video of their display and noticed a few spoilerish things which we decided to save until Marvel released the film's official trailer which ended up spoiling a few noteworthy things on its own.

Check out the all great Black Panther toys and collectibles courtesy of our video below which was recorded at Hascon 2017. We also added some pics for you guys as well. What Black Panther merch got your attention? Sound off in the comments.