Loved The H8ful Eight? We Want To Give You A Set Of H8ful Eight Pop! Vinyl Figures 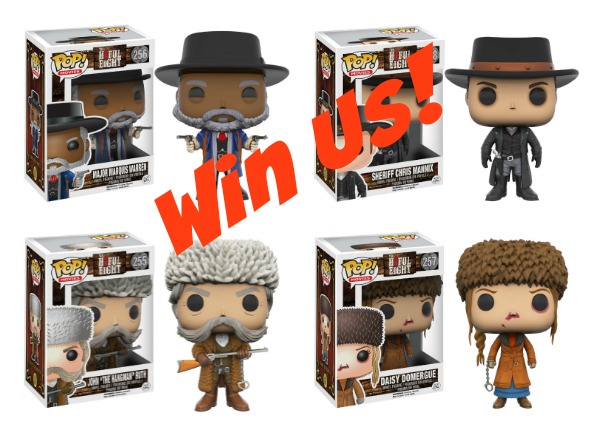 In celebration of Quentin Tarantino's The H8ful Eight DVD/Blu-ray release, RAGE Works and Entertainment Earth want to give one lucky fan a set of Funko Pop! figures from the film. We are giving away not one, not two, not three – but FOUR figures to one lucky fan! Here's who you can win if you enter:

Another great memorable character brought to life by the one and only Samuel L. Jackson.

Walt Goggins gave us another stellar character that many will never forget.

This Pop! figure even has Kurt Russell's trademark scowl!

A definite must if you are getting the John Ruth figure.

As with our last contest, we are giving fans multiple ways to enter. The first way to enter is to identify the 4 different Quentin Tarantino films these images are from in the comments section below this post and enter your info in the form after commenting.

Other contest entry methods are also shown in that form. Good luck guys!