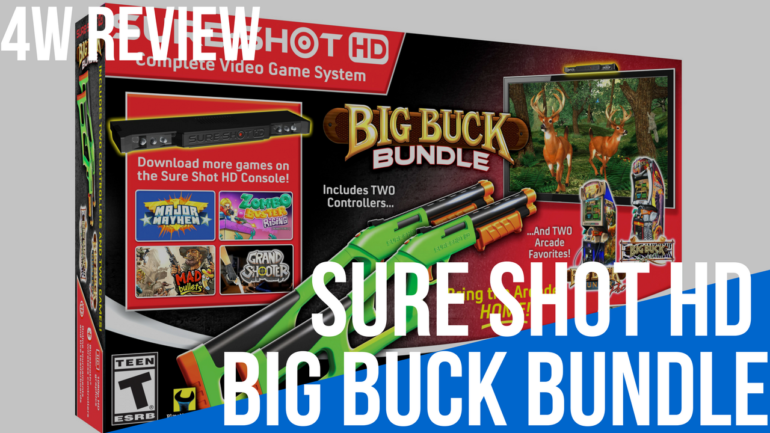 Growing up, one of my favorite gaming genres second to fighting games were light gun games.Whether it was Duck Hunt on the NES, House of the Dead on Dreamcast or Time Crisis on PlayStation, I owned them all. Even now being a bit older, no visit to a Dave & Busters is complete without at least one crack at a light gun shooter (which often times ends up being some incarnation of House of the Dead). As flat screen LCD, DLP, and Plasma televisions became the standard, the ability to play light gun games fell by the wayside with few options or games hitting the market. Many light gun games are not compatible with our new cutting-edge displays and unless you're a diehard light gun fan keeping an old CRT around is out of the question. Sure Shot HD hopes to change that with their new Big Buck Bundle. Do they succeed or will the Duck Hunt dog have the last laugh? Let's get to the review and find out.

Sure Shot HD‘s Complete Video Game System allows gamers to play the classic Big Buck Hunter Pro along with Big Buck Safari on your flat screen television with no console required in glorious 1080P. Gamers are not limited to the two included titles as you can download additional games into the Sure Shot HD Console. 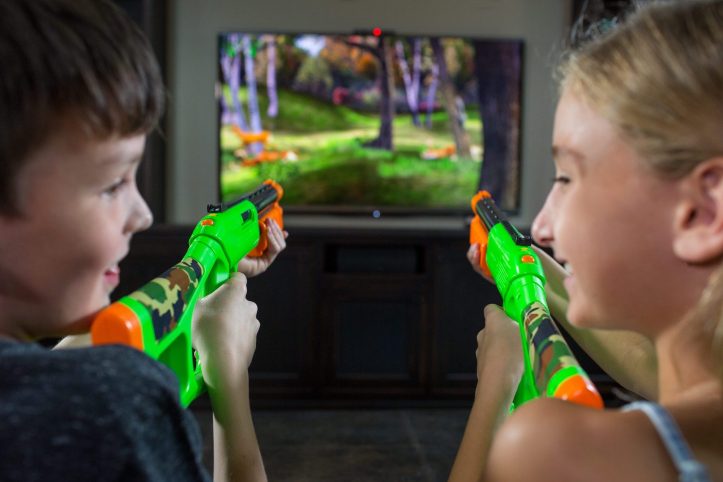 The Sure Shot HD Console brings light gun gaming to modern displays with a simple plug and play setup. Gamers looking to play alongside friends will have no issues thanks to a second Bluetooth gun controller that comes included in the console bundle (although one controller can be used with gamers taking turns). 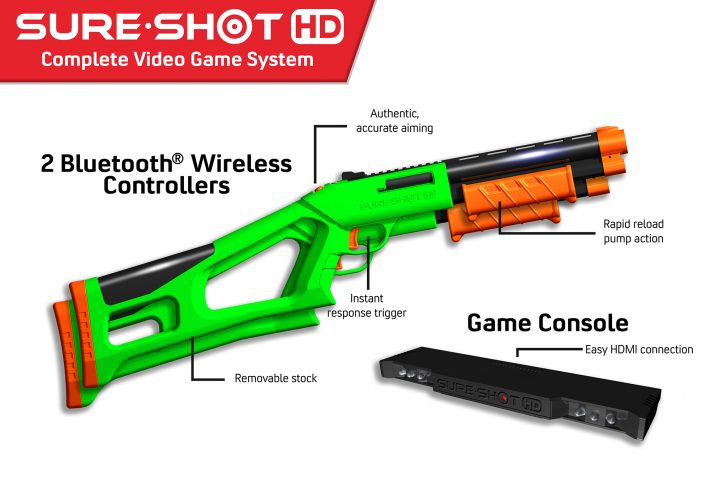 What's good/bad about it?

Why you “need” it: Light gun games have yet to be figured out on flat-screen televisions but the team at Super Happy Fun Fun are definitely onto something as the Big Buck Bundle proved that light gun games can be done on newer televisions. If you are a light gun or hunting game fan, you'll want to check this out and with the additional games available there will be something for everyone if hunting is not your thing.

Why you don't “need” it: If you have a 50-inch TV or larger you will run into calibration issues much like I did on mine. 40- inch televisions and under work just fine but again you may run into accuracy issues if you don't calibrate the game properly. I tested this on a 29-inch widescreen monitor with better results. It would have been nice to save the calibration settings and tie it to your Sure Shot account, especially if the game was staying on one television.

Super Happy Fun Fun took me back to the simpler days of gaming with the Sure Shot HD Video Game System. While the system had its shortcomings both from a hardware and software standpoint, it was still enjoyable to play. I feel that the puzzle of light gun gaming on new televisions is closer to being solved and it is thanks to companies like Super Happy Fun Fun who bring products like this to market. I look forward to seeing future versions of this system and continued improvements.