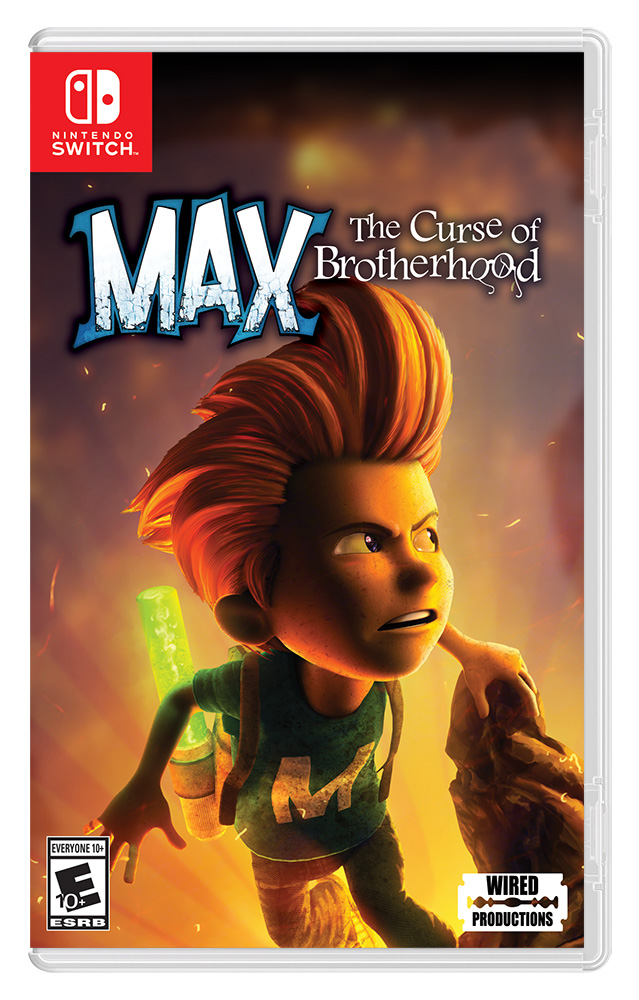 There is one thing that will always suck about being a gamer. Regardless of your level of commitment, there are simply too many games. You have a look of shock when a friend has never heard of a title you love and vice-versa. In the case of Max: The Curse of Brotherhood, this title has eluded me for nearly five years now. Originally launching on the Xbox One in 2013, Max first came to the Nintendo Switch late last year. Last week, the previously digital-only release got a physical launch. Thanks to Wired Productions as the relaunch gave R.A.G.E. Works a chance to take a look at this adventure.

Be Careful What You Wish For

Max is your average suburbanite boy. He lives in a home with his parents and has an annoying little brother. Coming home from school one day, he finds his brother Felix in his room, making a mess. Trying to ignore him, he goes online and searches for a way to get rid of his brother. I am sure you have known someone who has a habit of reading things out loud. Max realizes too late that his search result was actually a spell to banish his little brother to another dimension. Max follows the monstrously large hand that grabs Felix into the portal, thus starting the adventure. 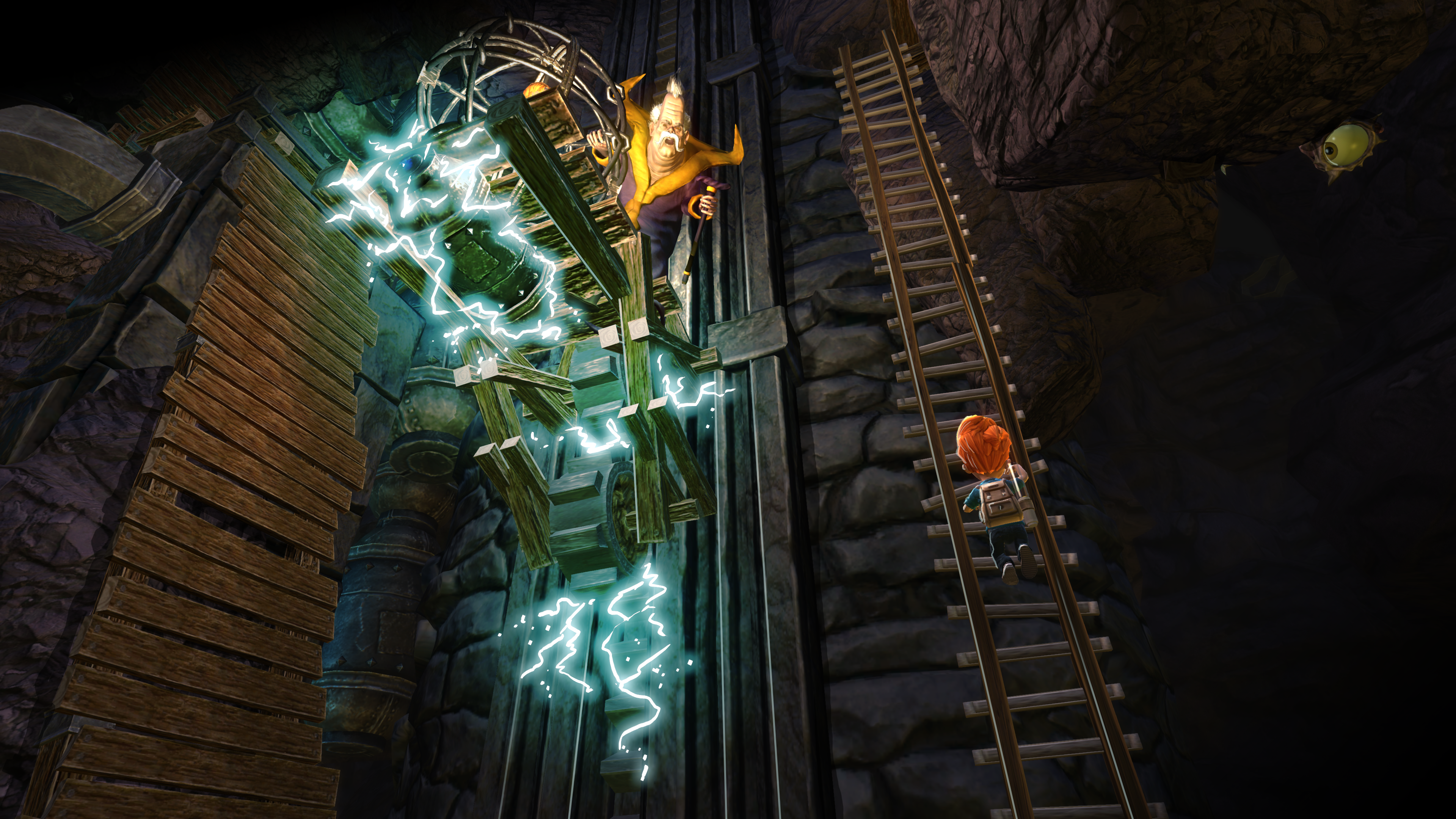 Not All Magic Markers Are Permanent

Max: The Curse of Brotherhood is old-school gaming through and through. It utilizes the platforming of titles like Super Mario 2 and Aero the Acro-Bat. On top of that, it partially borrows from the classic Okami. Max is granted a (literally) magic marker to help him reach Lord Mustacho. The marker allows you to draw and destroy objects in the world. The marker is controlled by the ZR button or on screen if you hold the Switch. Each level has puzzles to solve; only by doing so can you progress. Nothing new is to be found in the gameplay, but it works well. Platform fans that have yet to try this game will find much to appreciate.

The basis of any platformer is its jumping mechanic. Some games let you jump far, some high and others still add double jumps. Max has a standard single jump that is neither high nor far. The jump itself is fine but there is one issue: input lag. There is roughly a 1-second delay between pressing A and the corresponding jump. This control issue immediately frustrated me during the first level. You will see in the video below how poorly I did running from the monster.

The jumping also seems to act up when you are trying to climb. Often you will jump from a vine to your death when you did not mean to. You will start to compensate for this, but it never truly gets any better. This being an issue is a shame when it is the cornerstone mechanic of the title. 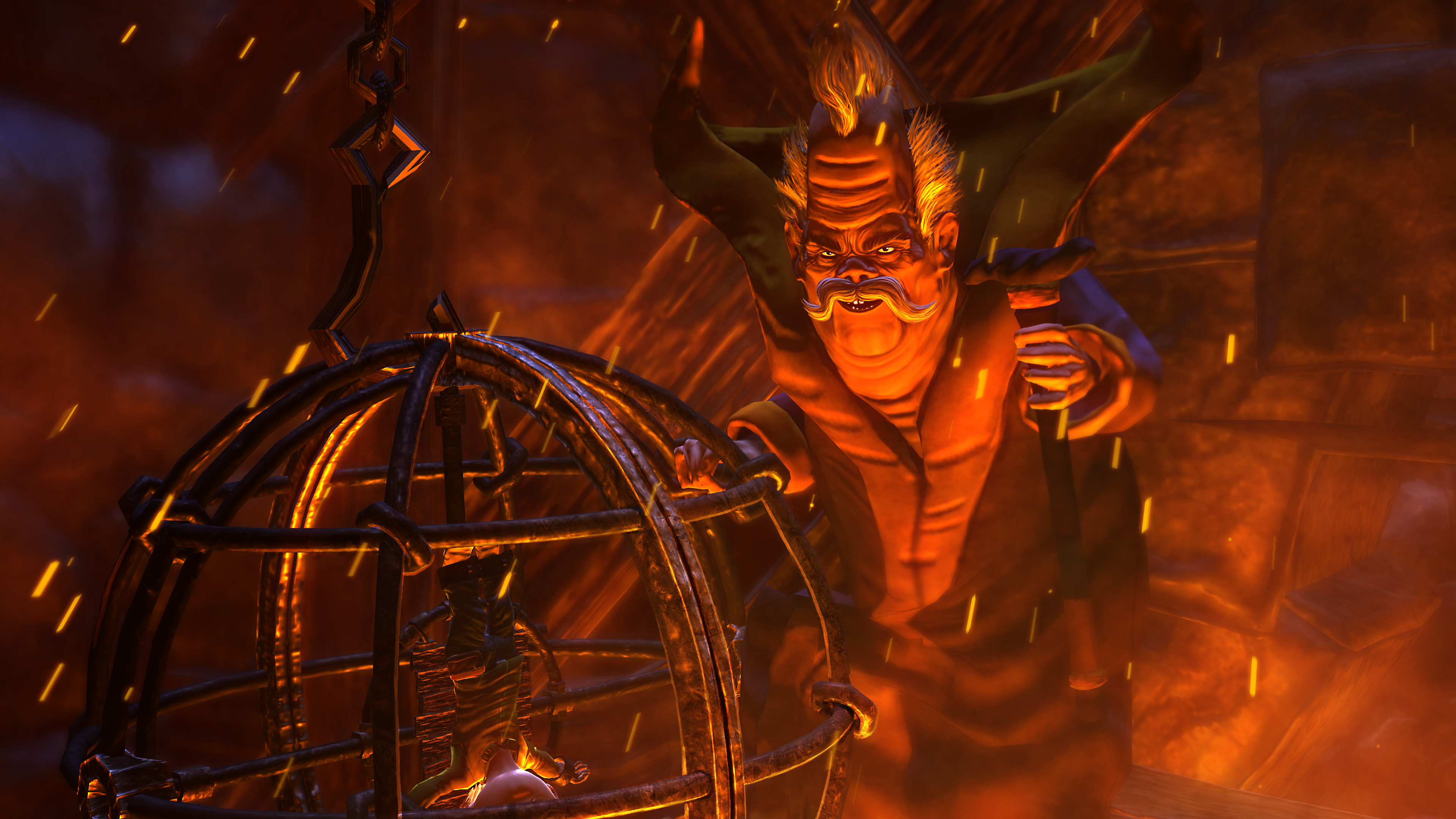 Let's be clear, Max: The Curse of Brotherhood is not a new game. I previously stated that it launched on Xbox One nearly five years ago. It was worth mentioning again because the game has held up exceptionally well graphically. I will give you the example of Grand Theft Auto Online which also originally released in 2013. It still looks good, but is not holding up to today's standard. In fairness, that is an online game and a lot more goes into it. Regardless, I did not know about this game's age until I looked into it. The graphical quality is that of today's animated children's movies. The visuals are in many ways on par with Super Mario Odyssey.

A lot of cool effects go into the presentation. Zooming in and out on the action, perspective blur and camera shaking make things very cinematic. Water and lighting effects are not as pronounced as other console and PC versions, but they still impress. The smooth and stable framerate, especially in tense situations, make the player want to push forward. Platform games are not as popular as they were and it is great to see such care going into the presentation of one. 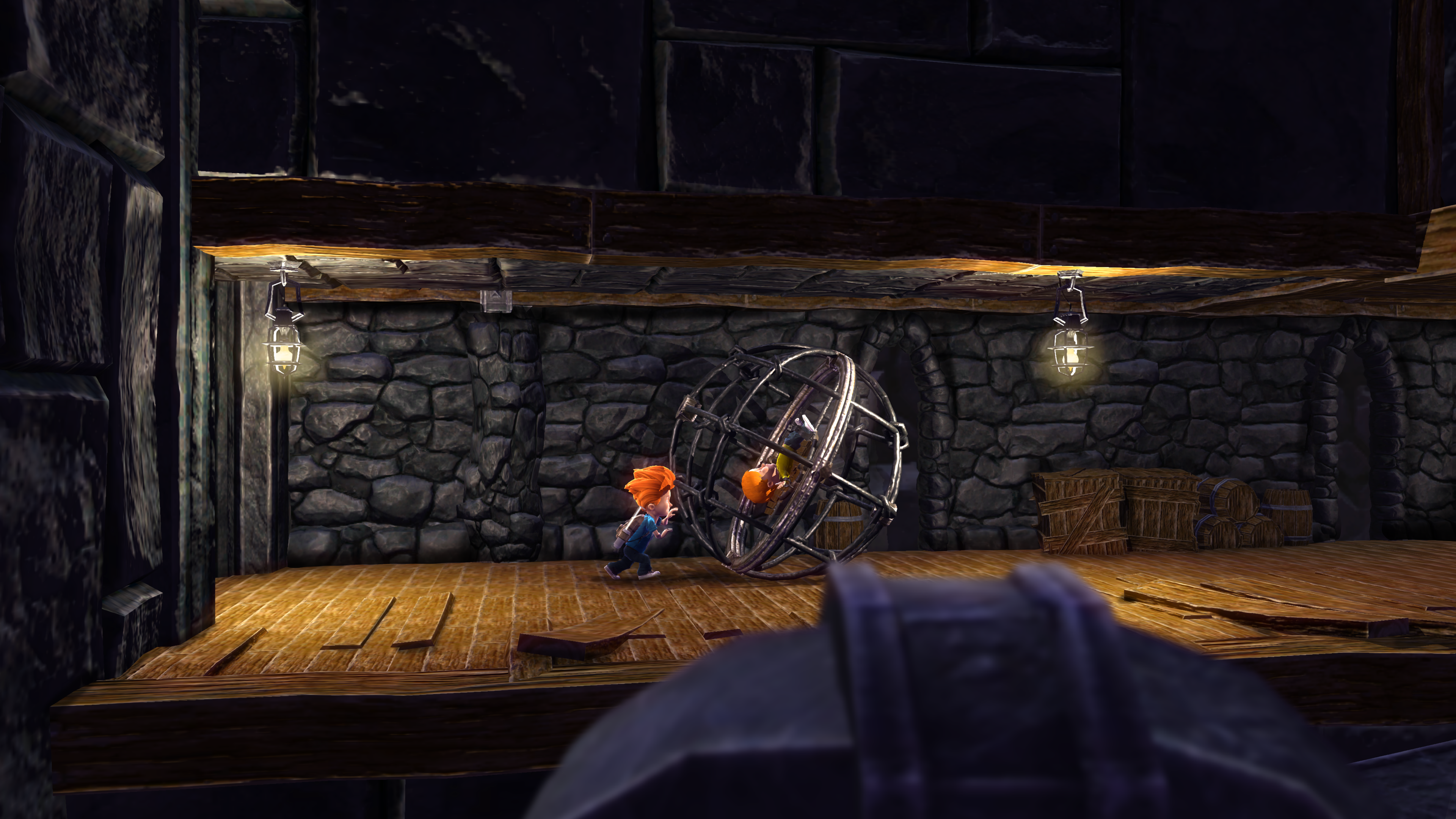 The Verdict: Should You Attempt to Break ‘The Curse?'

Max: The Curse of Brotherhood is a fun title that I think children will love. Hardcore gamers will often attribute their ability to old school platformers that they spent many hours on. This game is not terribly long, but it makes you think both creatively and on your feet. I love that it can help younger gamers develop that kind of skill. The one huge drawback is the jumping. Even on the Switch, this title is months old, so we are unlikely to see a fix for the issue. A shame, because more responsive control would elevate the replay value of this title.

For $15 (digital), this game has a a lot of value. The solid graphical design is worth the experience. Running from a giant version of the Critters with no slowdown is fantastic. The puzzles are thought out; not too simple, but not so difficult that a child cannot best them. The drawing mechanic feels as though it were made for the Switch despite being designed long before its existence. If something were done about the jumping, this could easily be a must play on all platforms. For now, I can only recommend it to those itching for a platformer. Nintendo also should do something about the price. Why anyone would spend double on a flash card versus downloading the game is beyond me.