You can tell when a game is a labor of love. For example, take one of the biggest games of 2016, Final Fantasy XV. A title that has taken so long to finally come out that it used to be called Final Fantasy Versus XIII. Much like the history of parent company Square, it is returning from death's door to shock the world. This is the type of comeback story we have here today. Netherlands developer Two Tribes didn't quite go to war, but they also didn't score when they nearly went under in 2013. They refused to let the dream that was RIVE die. Originally designed for the Nintendo DS in 2005, they resurrected, rebuilt and redefined the game for the current generation. Finally we get to see the fruits of their labor and find out what love has to do with shooting every single thing in sight that moves. 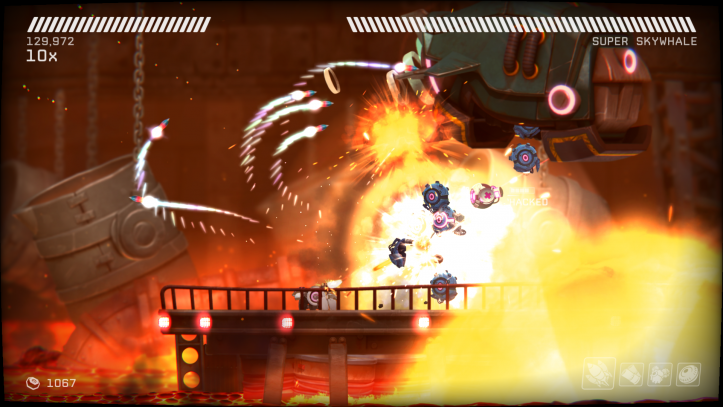 WELCOME TO HELL Life is not easy for our hero, Roughshot. He is a space scavenger who makes his living collecting metal in his Spidertank. As our story begins, he finds himself in the middle of an asteroid belt. We are not talking standard rocks either. Think along the lines of those in Empire Strikes Back. Fortunately, the Spidertank has enough standard firepower to blaze a trail through for Roughshot. This is where RIVE begins. Landing onwhat appears to be a derelict ship, the Spidertank converts to land mode. The ship has a lot of roundabout tunnels and systems. Navigating through is no small task especially considering the AI seems to dislike visitors. Roughshot is fighting for his life literally five seconds after entering this ship and now he has two goals: make it out alive and do so with a profit!

IF IT MOVES, SHOOT IT RIVE is the kind of space shooter you normally expect to have a top-down view and be forward-scrolling. The speed and intensity level is enough to give the most insane of the Japanese SHMUPs a run for their money. However, Two Tribes decided to give the game the more console oriented, R-Type and Gradius approach. This is a side scroller that will blow your mind. A lot of gamers today are too young to remember arcade cabinets. In particular, there was a joystick design where the stick itself could be rotated 360°. Now the Dualshock 4 and PC controllers are not capable of this. In order to mimic this play style, Two Tribes thought about hand placement and came up with a simple, but perfect idea. The left stick moves the Spidertank and X can jump or double jump. The right analog serves to both aim and fire, rapidly blasting in whatever direction you point. R2 serves to fire your secondary weapon which you will consistently need ammo for.

Shooting alone will not keep you alive in this game. The reason you can shoot in any direction is that is where enemies come from. While you face this onslaught, you will also need to move along speeding conveyors that lead to spider-crunching gears. You will have to jump, dodge and maneuver to avoid enemies while staying above rising molten metal. Even with all this, you may have to deal with enormous bosses and I do mean all at the same time. The closest thing you have to a saving grace is the ability to hack many of these robots and have them join your cause

RIVE has three game modes: HARD (which is this game's “easy”) Speedrun Mode and Single-Credit Mode. These are all exactly what they claim to be and there is no hand holding or learning curves in RIVE. Usually a shooter has a first stage that eases you into the madness. RIVE tosses you in with the worst of the asylum, locks the door and throws the key into liquid hot magma. I do not say this to sound elitist; casuals seriously need to avoid this game. RIVE is anything but easy. 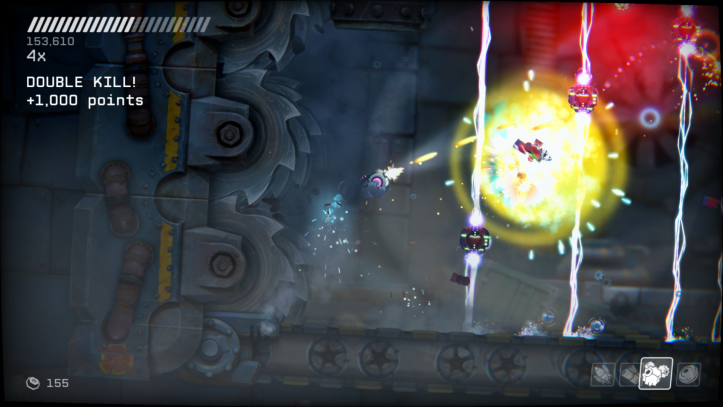 MAMA,I WANNA GO FAST! RIVE is a pure shooter to the core. As such, flashy graphics and special effects are not what will make this game memorable to players. That is not to say this is a bad looking gave; the background design really makes you feel like you are within a living, breathing machine. With regard to the action, however, there was not too much attention to detail because of that most important factor I mentioned earlier. Said factor is framerate. I am not one that claims to be able to count frames per second but RIVE's framerate is not only high, but solid. You never really get to see much of your opponents because if you are alive, they are blowing up. Destruction is the name of this game and it is either you or them All the game needed were nice explosion effects and good weapon animation. RIVE is choc full of it like a can of coffee beans. The only thing you have to worry about is whether your brain can process what your eyes are sending fast enough for your fingers to keep those many varied death screens from showing up. 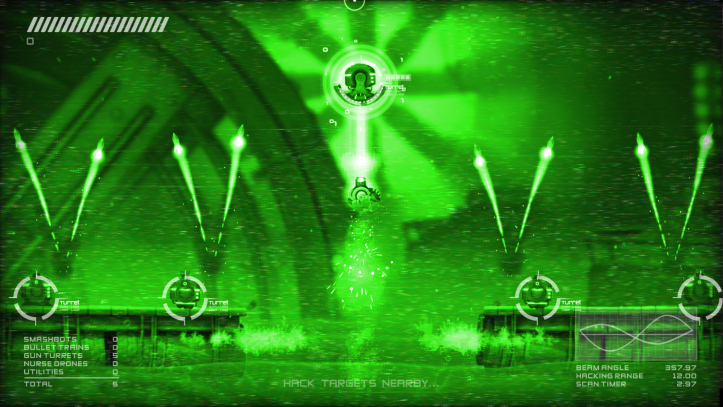 The best description / endorsement I could give RIVE is that it is like Dark Souls if it were a SHMUP arcade game. There are so many moments of satisfaction because there will be so many instances of dying; each time you hit a new checkpoint is like a sigh of relief. That said, RIVE is not for everyone. The game has fun and excitement for hours and is highly replayable, but if you are not the kind of twitch gamer with serious hand-eye coordination, steer clear of this title. Also if you get frustrated by seeing repeated “you're dead” screens, especially those that make fun of you, this is $15 you should spend elsewhere. RIVE is challenging, full of secrets (and roaches) and was well worth the long wait we never knew about (longer than FFXV). Hit up your PSN or Steam store and get your copy today.