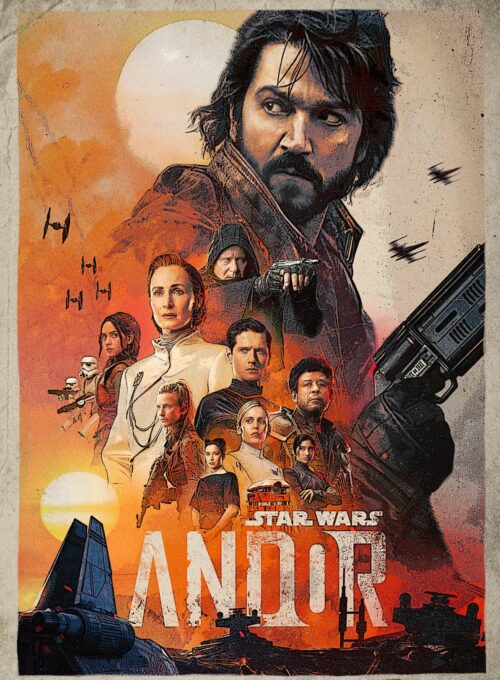 Plot Synopsis: The series will explore a new perspective from the Star Wars galaxy, focusing on Cassian Andor's journey to discover the difference he can make. The series brings forward the tale of the burgeoning rebellion against the Empire and how people and planets became involved. It's an era filled with danger, deception, and intrigue where Cassian will embark on the path that is destined to turn him into a rebel hero. – via IMDB

1st Impression: Rogue One is considered by many one of the best Star Wars stories outside of the original trilogy, and to see Cassian Andor's story get more fleshed out is not a bad thing, especially if we get to see more of the great characters that made Rogue One so special and more stories from the rise of the rebellion.

My Take: I am glad to see Disney doing more with Star Wars non-Jedi characters, especially when you consider that Rogue One and the various Star Wars animated series had so many memorable characters. I feel that Andor will be a more grounded series with more espionage and deeper storytelling, and while we will definitely get some space battles, the real meat of the story will be Andor's journey to becoming a rebellion hero. I am looking forward to seeing my favorite droid K-2SO voiced once more by Alan Tudyk, plus Forrest Whitaker's Saw Gerrera.

When Can Fans Expect Andor on Disney+?

Andor will no longer be debuting on Disney+ this month and instead will arrive September 21, 2022, with a three-episode premiere.

What did you think of this official trailer for Andor? Let us know in the comments.