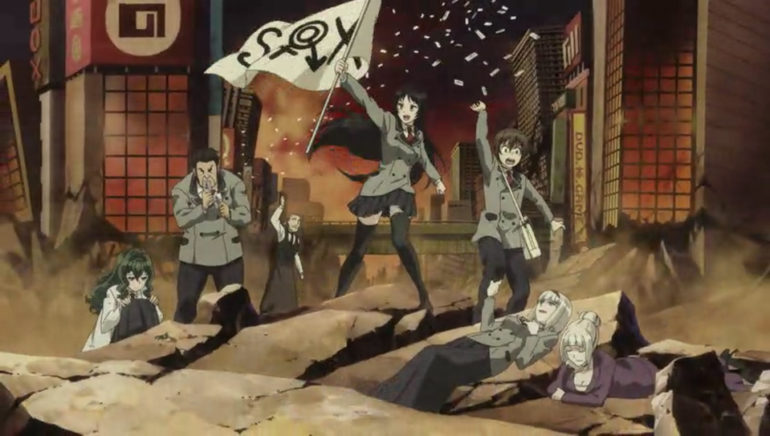 One of my biggest issues with anime is when I love a show, really love it, but I can never find it because I can never remember the title. That might sound silly to you right off the top, but you try remembering Shimoneta to Iu Gainen ga Sonzai Shinai Taikutsu na Sekai. Roughly translated to Shimoneta: A Boring World Where the Concept of Dirty Jokes Doesn't Exist. This is today's pick in the 31 Days of Anime and it is one of the funniest shows I have watched in recent years. I think it really hits home for me because I would never be able to live in a world where I could not even use the “That's what she said” line. When you are labeled a terrorist just for wanting to look at porn, it's time to stop the ship. 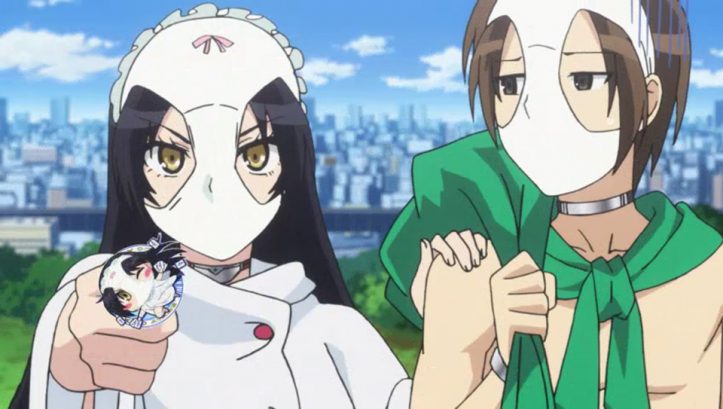 Much of the comedy comes from irony. Main character Tanukichi Okuma is the son of one of the most infamous dirty joke terrorists in history, yet he thinks he wants to live in this censored society. He idolizes Anna Nishikinomiya, the stutent council president of his new high school for her pure and righteous nature. The irony here is that her respect and feelings for him devolve into such a pure lust that the system ignores her advances on him. You have to see the “cookies” scene. Then there is the student council vice president, Ayame Kajou. The right hand of her Anna, who has kept the school pure is none other than Blue Snow herself. She enlists Okuma's help with the promise of getting him closer to Anna. Meanwhile, he winds up falling for her. Will they be able to restore Japan to it's bizarre and perverse past? Find out now as Shimoneta hit home video less than a month ago.