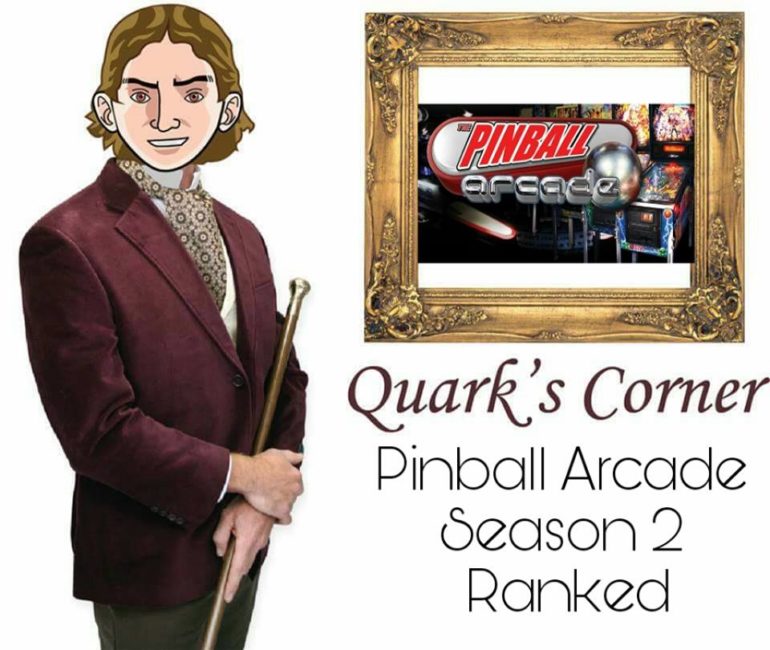 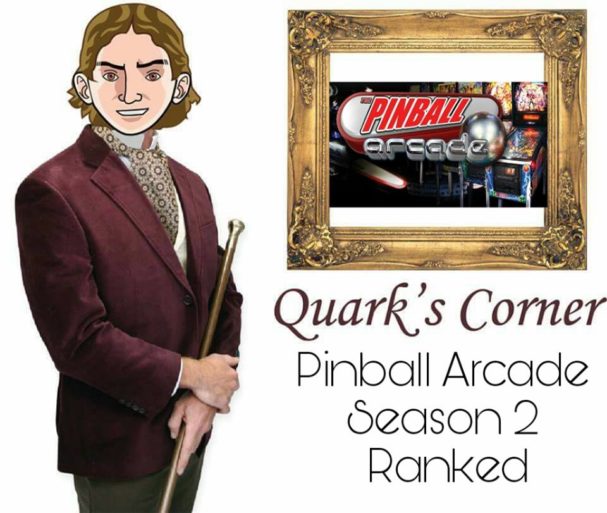 The Pinball Arcade Strikes Back

While January was National Pinball Month (an honor that I made up), I realized that I am actually horrible at pinball. However, I made an oath that I will devote my life to the game and reviewing as many tables as I can. So here we are, almost two months later, and it's time I rate all the tables from The Pinball Arcade: Season Two. While this pack is a major step down from Season One, there are still some great tables that deserve your attention. 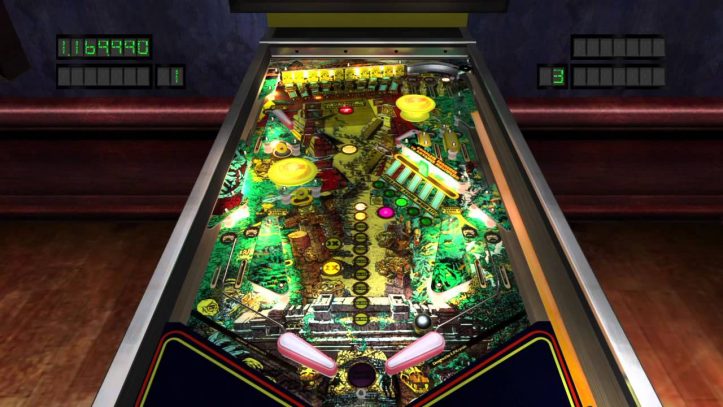 Going Nuts is the most interesting table here, as it never made it into mass production. Only a few prototypes were created, and the gameplay is far from traditional. There are no outlanes and the game starts in multiball. The whole game is timer-based and only ends when the timer hits zero. While this sounds exciting, it's not. Goin' Nuts is a cool piece of history, but its gimmicks are more than the sum of its parts. Its soundtrack will cause your ears to bleed.

A table that was voted by fans to be in Pinball Arcade: Season Two, and one that I don't see the appeal of. There is a cool tube that you can shoot up to activate multiball, but besides that, I don't get it. It's just remarkably average.

Alright, I actually like the rest of these tables, so it was really hard to judge these. Hopefully, I won't regret putting Whirlwind so low down on this list. Whirlwind has rotating discs in the center of the playing field that can move the trajectory of your ball and an area that can launch your ball so fast, that if you blink, your ball might end up draining if you don't react fast enough. 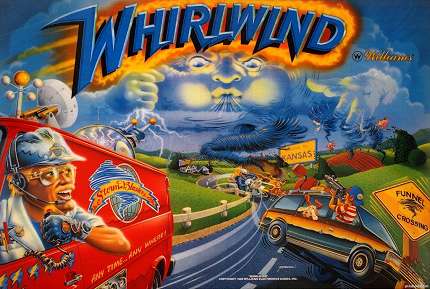 Firepower feels like a classic William's Table. It's simple, it's classic, it's fast, it's fun, and it gives me vibes of Gorgar. I have no idea why, but it felt like I was playing Gorgar when I was playing it, and that's a good thing.

The consensus is that this table is hot garbage. It's often compared to No Good Gofers as they both are golf themed with gofers in it. No Good Gofers normally gets the love because it's by pinball legend Pat Lawlor. However, Pat Lawlor doesn't pay my bills. I think Teed Off does a better job of replicating the game of golf better than its competitor…whatever that means.

Speaking of Pat Lawlor…Dr. Dude. This table is downright weird. You're a doctor named Dr.Dude and he's trying to raise his “dude meter” by playing pinball? OK.

I did a complete 180 on Centaur. I hated it at first, with its “1980's edge” and black and white play field, I couldn't get behind it. It was like it was trying to be too cool for its own good. Coupled with the very hard to achieve multi-ball, I simply wasn't a fan. That's until I played it a little more and realized it's actually pretty good. The theme eventually grew on me, as you never see black and white pinball tables. Multiball can be achieved easily through precision play, not by going through a series of complicated goals (looking at you Dr. Dude). 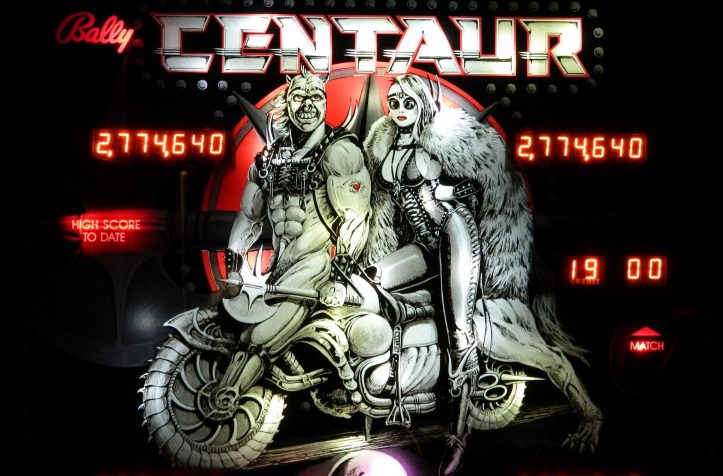 Victory is basic, with an upper playing field and fast gameplay. Appropriate, because Victory is car themed. I judge most of these tables on how fair the game feels, and Victory feels very fair. The main goal of the game is also very easy to figure out.

Cue Ball Wizard is basically Big Shot on steroids. Both are pool themed, but were created decades apart. Really the goals are somewhat similar, with hitting the drop targets on either side. Cue Ball Wizard is somewhat cluttered, but it's such an improvement on an old concept that I can't help but admire it.

Damn, Pin-Bot is so good, but it's ruined by the idea that JackBot is essentially a better version of Pin Bot. Still, considering that this was the prequel to the greatest pinball table of all time (Bride of Pinbot), I can't help but show some respect. 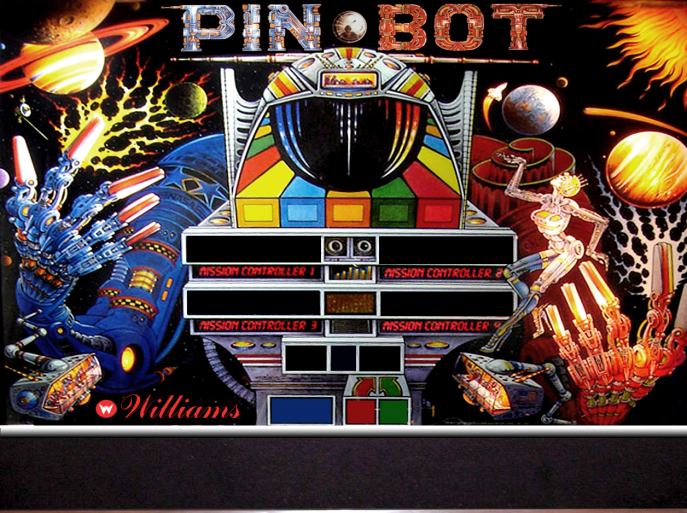 White Water is a ton of fun. Clearly defined goals and clear shots make White Water one of my favorites. There's so much going on here, but the playing field is clutter free. Basic tables don't get much better than this.

I only played this table once and fell in love. This is a classic William's Table. Anyone can pick this table up and have a good time. It's really easy, but it's OUT OF THIS WORLD.

This table is just too weird for words. From what I gathered, Class of 1812 is about resurrecting the dead through the power of hip hop so they can go to a class reunion. The overture of 1812 also plays accompanied with chattering teeth and chickens squawking. I don't get it, but it's awesome.

This table is borderline ancient, but unlike most ancient tables, it holds up very well. It has three playing fields and incorporates the same lower playing field style that Blackhole had, but this time going to the lower field isn't a death trap. The music isn't disgustingly grating and it's actually challenging without feeling unfair. Probably tied with Gorgar in terms of being my favorite old table. 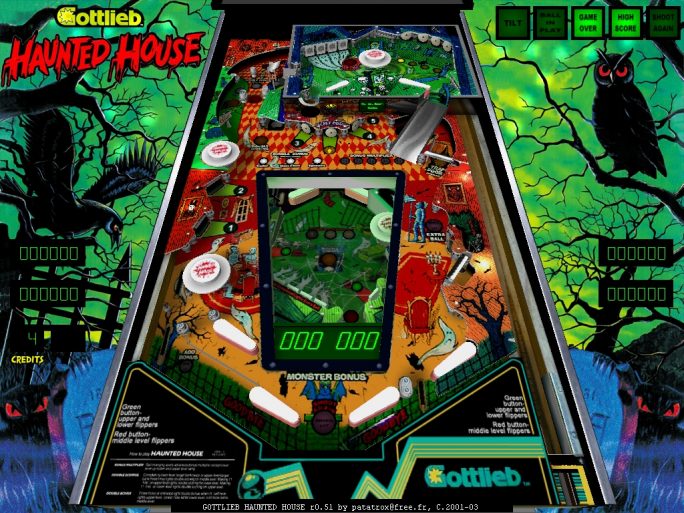 It's Terminator, you don't need star ratings to know it's good.

Duh. Obviously T2 is this high up. T2 is almost a selling point of this whole pack. It's probably one of the best tables of all time in terms of just how fun it is, how skilled you have to be to enjoy it, and the amount of gimmicks it has. But I don't need to sell you on T2 because it is Terminator, what else do you need?

Such a shame this table was barely produced in the real world, because I think it's great. You always have different goals you can work towards to get to the main goal. What I like the most of Cactus Canyon is that it is very easy to pick up and play. You don't need to read through 800 pages of instructions to figure out what's going on. You can just play, shoot some bandits, and do whatever the sheriff tells you to do next.

Champion's Pub is the closest thing we are ever going to get to Punch-Out meets Pinball. You play as a ball who is training to become the world's greatest boxer. You do this by jumping rope and hitting the speed bag. Through hard work, training, and beating the lower competition, you might become the best in the world. Champion's Pub is flat-out fun. Champion's Pub feels like a fighting game because both you and your opponent have actual health bars. It's easily the most creative pinball table that I have ever played. 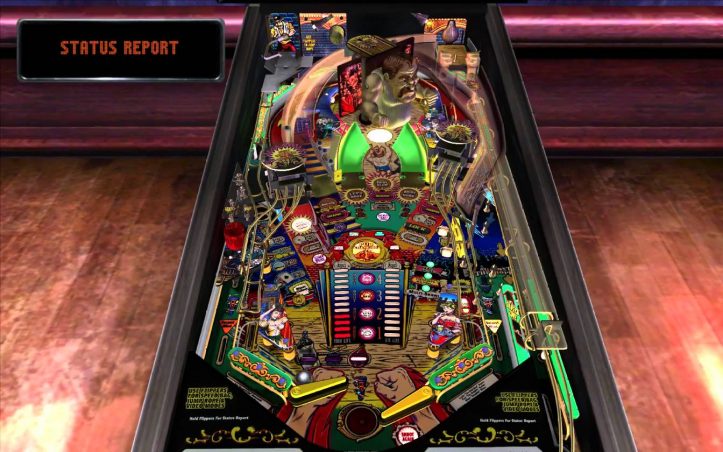