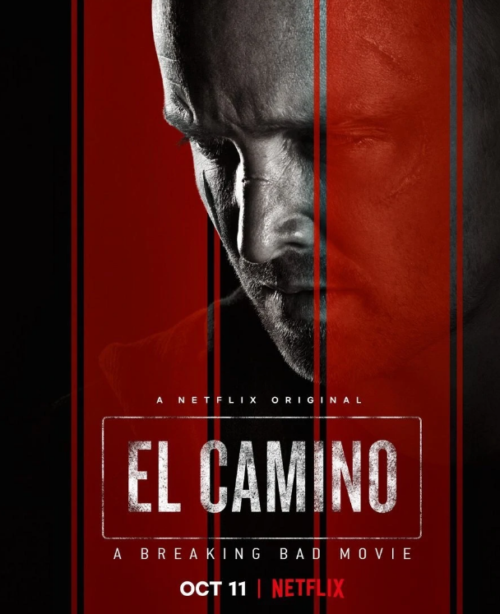 Plot Synopsis: After escaping Jack and his gang, Jesse Pinkman goes on the run from the police and tries to escape his own inner turmoil. – via IMDB

1st Impression: When it comes to Breaking Bad two questions always keep coming up. The first of course is “Did Walter White really die?” and “What happened to Jesse after he drove off?” While Walter's death is always a fun debate the trailer brings closure to that theory if you listen closely or watched the Emmy Awards trailer. When it comes to Jesse Pinkman (Aaron Paul) we'll learn what happens next when Netflix releases El Camino: A Breaking Bad Movie. Thus far we learned where Jesse's first stop was after escaping Jack's gang and that he is a wanted by the DEA after the events of Breaking Bad. We also one other character from Jesse's past besides “Skinny” Pete (Charles Baker).

There is a lot left when it comes to Jesse's story and who knows what old faces we may see through the course of the film whether via flashback or in the present. Are you excited for the next chapter of Breaking Bad? Let us know in the comments?