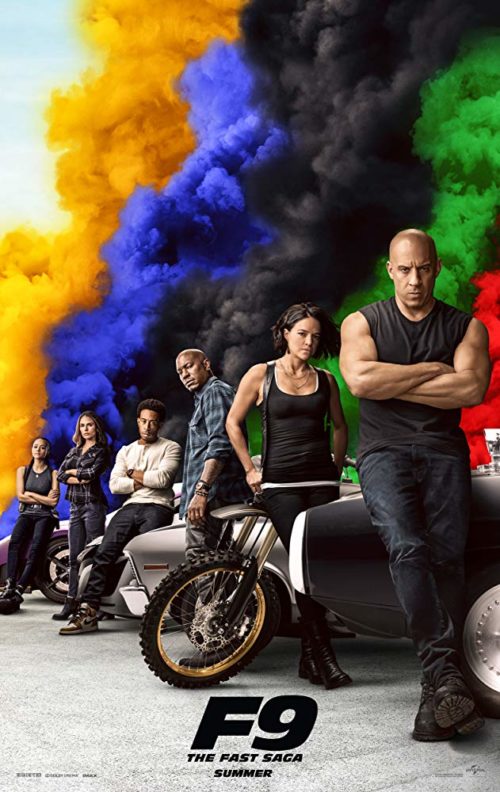 Plot Synopsis: The ninth installment of the Fast & Furious franchise reunites the Fast family once more against some foes from Dom's past but Dom and the crew won't be facing these enemies alone as some familiar faces make their return to the franchise.

1st Impression: Dom and the gang are pulled back into action after Cipher joins forces with Dominic Torretto's brother (John Cena). While John Cena joining the franchise was interesting the fact that he is playing a Toretto sibling just seems so weird especially when it was never mentioned not in even in passing in the past eight movies. Cena, of course, drives a souped-up Ford Mustang because the American muscle car Toretto trait needs to remain intact. Will Cena remain a villain for the entire film is the question?

While the stunts in these films are borderline ridiculous there is always curiosity from me as to how they can top the insanity of the previous films and this ninth installment is no exception. We got insane car stunts, flying cars with rocket engines and all the lunacy we've come to expect on deck as usual.

While the Cena thing annoyed me it was the surprise return at the end of the trailer that tripped me out. By this point, you watched the trailer so this is not a spoiler but HOW THE F**K IS HAN ALIVE!!!!! As we all know Han met his end in Tokyo Drift at the hands of Jason Statham's Deckard Shaw. While Shaw's work with the “family” was always questioned due to him murdering Han this twist raises tons of questions like where has Han been? Why return now? etc. All the fans that have wanted justice for the character truly got their wish.

The Fast & Furious franchise gets crazier by the sequel so who knows what other crazy plot twists we can expect by the time the credits come to a close. What did you think of this insane first trailer? Sound off in the comments or hit us on social media and let us know.