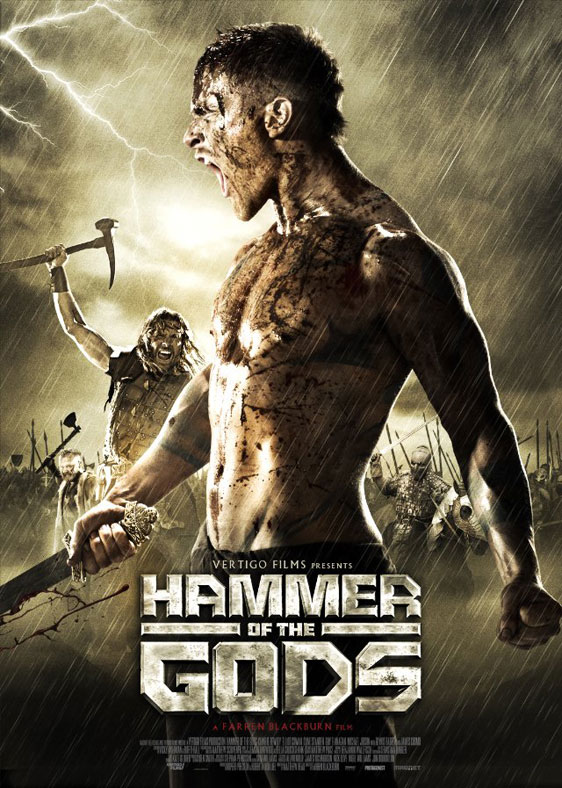 Hammer of The Gods has all the makings of a solid film that will most likely go unnoticed by theater goers much like  Centurion which had a great cast including Michael Fassbender but never got its due. The same visceral style of films like  Centurion and 13th Warrior or TV series like Spartacus and Vikings are definitely front and center in this red band trailer. In addition to the ample helpings of blood and guts we also have a solid story and some familiar faces. Talents such as James Cosmo who recently was seen on Game of Thrones as the  Lord Commander of the Night’s Watch as well as Elliot Cowan who is currently seen in the Starz series Da Vinci’s Demons add some depth to a cast of relative unknowns  here in the states. I will admit that sometimes it’s the unknowns that surprise us and yield the best results. Anyone plan on checking this out?