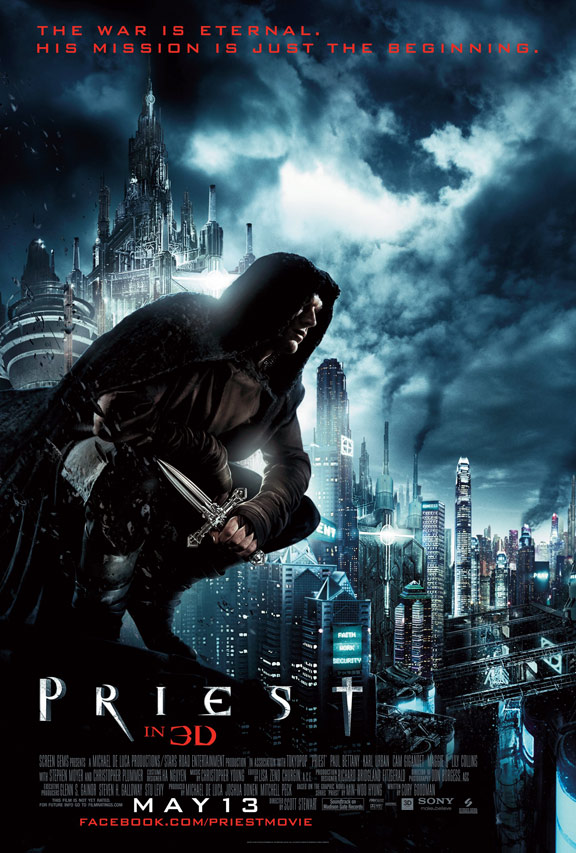 We get another film based on wars between humans and vampires with a touch of Blade added in for good measure. Priest is actually based on a korean comic or Manhwa and not a US comic books.While I am interested in seeing it I know that to most people it is the same thing they have seen countless times in films like Blade,Jonah Hex, Daybreakers and scores of others . With a solid cast and cool special effects I see this movie becoming a topic of  conversation given the religious undertones and depiction of the church.  Will you guys be checking it out?