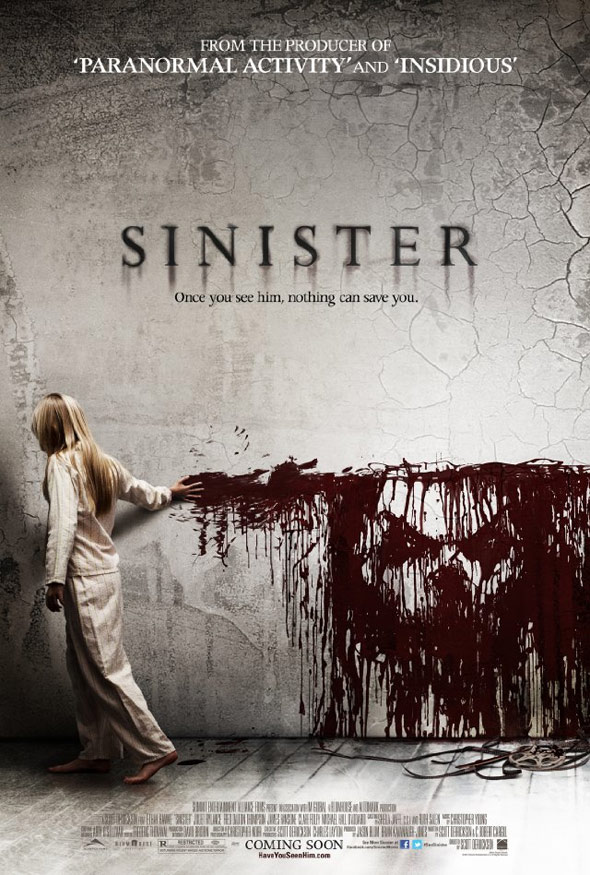 I love horror films and as of late I have noticed that the film industry has been playing it rather safe with the horror genre. Either they are cranking out needless sequels for existing horror franchises or dishing out PG-13 films that play at being legitimate horror films. Sinister looks like a return to the R-rated horror films we love with some nice WTF moments shown in the trailer.    I am shocked to see Ethan Hawke involved in a film like this since I always took him as crime drama mainstay. Hopefully the film ushers in the return of R-Rated horror films on a more consistent basis.