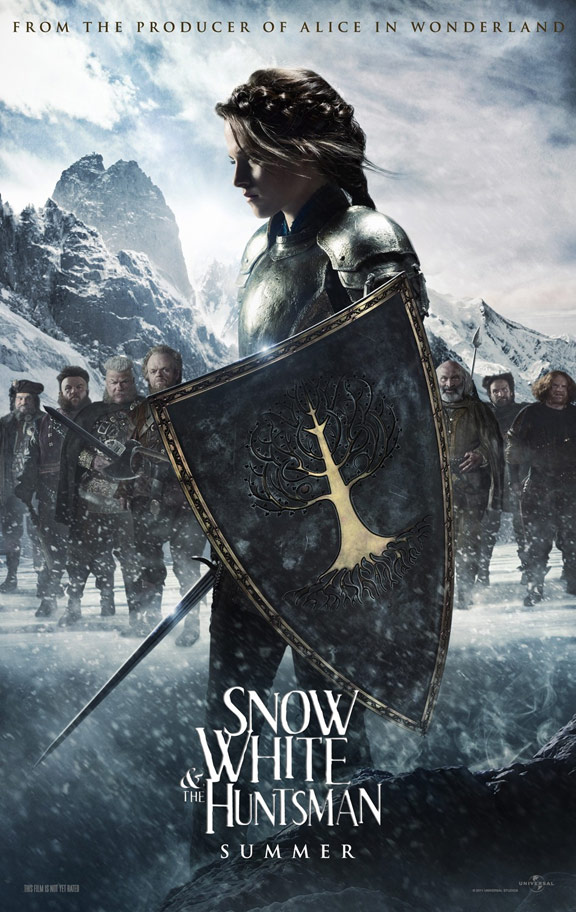 While I have never been a fan of “fairytale” reimagining's I can appreciate a good reinterpretation when applicable. Snow White and the Huntsman is one of two Snow White films hitting theaters which I am sure is going to raise a few eyebrows especially if they are released in the same year. I have never been a fan of Kristen Stewart.I feel  she has no screen presence and is virtually expressionless but is currently Hollywood’s  “IT” girl. You will see in the trailer that Charlize Theron will be the actress to watch in this film with her commanding presence as the evil queen.

Do you think that the Twilight fanbase will be supportive of Stewart’s newest project?

Who would have made a better Snow White?