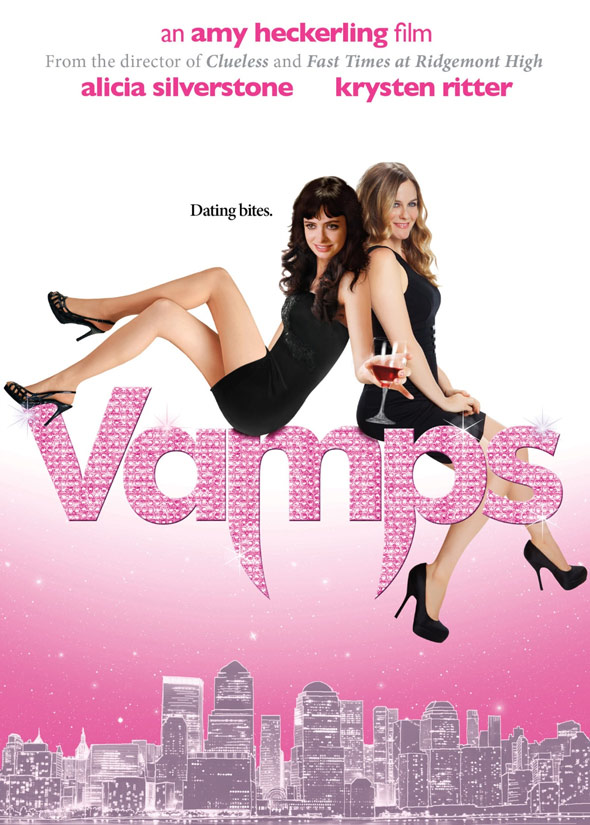 While I am certainly a sucker for most things vampire (haha – see what I did there), this everything-vamp craze HAS GOT TO STOP. Seriously, writers are getting quite ridiculous with their stories being dreamt up in a Twilight and OxyContin stupor. Vamps is nothing more than “Clueless for the Dead”. The main plot of this crapfest is simple: Two vampires (Silverstone and Ritter) are best friends living the life in New York City, and both have romantic issues. Goody (Silverstone) and Stacey (Ritter) both fall in love while being pursued by vampire hunters, one of which is the father of Stacey's new boyfriend – Joey Van Helsing. Yeah. Exactly. Brain fart. There are zero points in this trailer where I'd actually give a thought to seeing it. (Not that I watched the trailer expecting there to be any.)

I am, however, amazed at the pretty decent cast assembled for this piece of mindless drivel – the likes of Sigourney Weaver, Wallace Shawn, Kristen Johnson and Richard Lewis. Go figure. They must have all needed a paycheck.