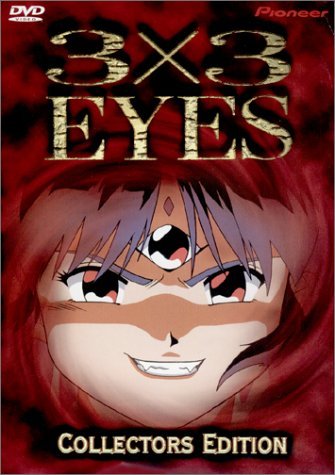 A lot of people online will ask me my opinion on (insert name here) anime. Usually they ask me about more recent series. Occasionally I get my brain picked for some classic stuff. I am no super guru on all things anime by any means, but I definitely have some knowledge. I was asked to use December to share some of that knowledge with you. For that reason we have R.A.G.E. Works' 31 Days of Anime coming your way.  There are a lot of great shows that came out in 2016 and we will look at some of them during this segment. 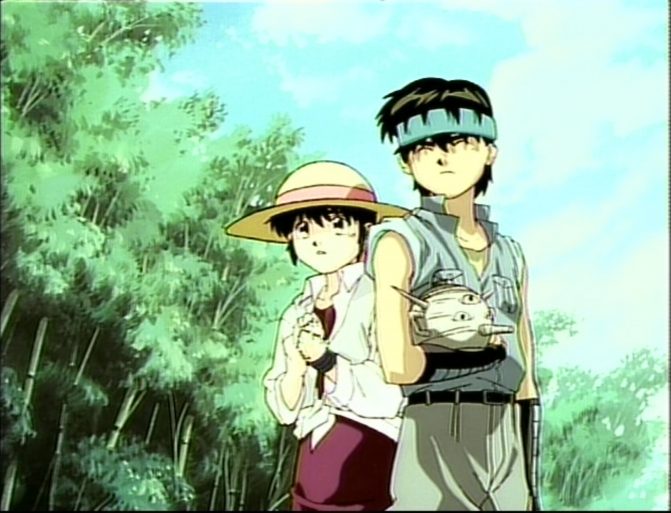 First up we have a true classic in 3×3 Eyes. Based upon a manga written by Yuzo Takada, this series consisted of two OVAs. The first, Immortals, was four episodes long and aired between July 25, 1991 and March 19, 1992. Legend of the Divine Demon was a three-episode follow-up that aired between July 25, 1995 and June 25, 1996. If you are wondering OVAs (Original Video Animation) are specials and do not often have a set schedule.

3×3 Eyes tells the story of Pai, the last of the Sanjiyan. She was of a race of immortal triclops who met their fate by mingling with humanity. An accident claimed the life of Yakumo, the son of a man she greatly respected. She used her powers to claim his soul before he died, making Yakumo her immortal servant. Now the only way to turn Yakumo back to normal is to find a way to make Pai human. Unfortunately, many demons are after her in a plot to awaken an ancient evil.

3×3 Eyes is one of my very first anime DVDs. If you ever see this on a shelf for a reasonable price, snatch it up immediately. To give you an idea of how rare a find it is, I purchased it at the Virgin Megastore in Times Square. The two-disc collection was distributed by Pioneer Entertainment which became Geneon and even that brand is gone now. If you like anime with magic, demons and some crazy fights, give this one an internet searc hand see what you can find. It will definitely not disappoint if you get to see it.