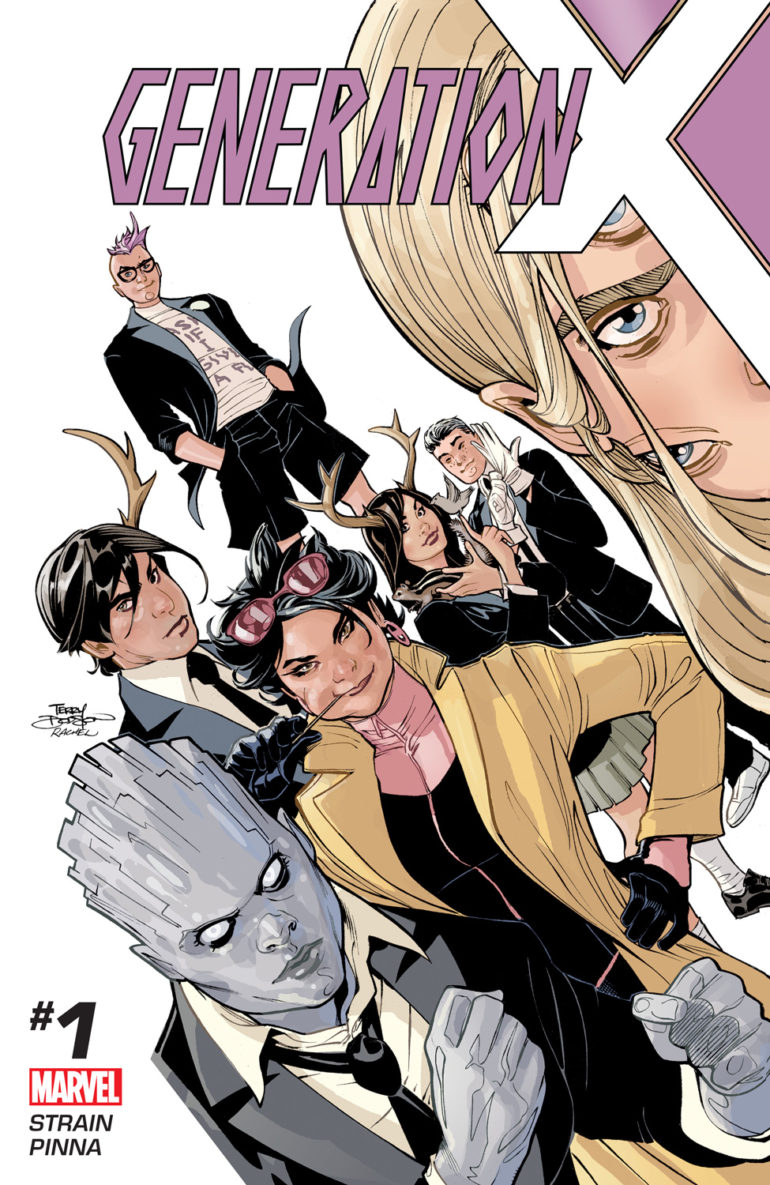 Marvel brings back Generation X as part of their ResurrXion arc and while the class of mutants and team leader may be different the goal of preparing mutants for the challenges that lie ahead remains the same.

My Take: I like seeing Jubilee in more of a leadership role as she has seen her fair share of major happenings in the X-Men over the years and has surely picked up some valuable leadership lessons along the way. The concept of outcasts among outcasts has the potential to create some interesting conflict both internally for this new team and externally as well.

Meet the Next Class of X-Men in GENERATION X!

Once a shining beacon and safe haven for young mutants everywhere, the next class of X-Men begin their long journey right here at the Xavier Institute. But let’s face it: not all mutants are created equal. Some young mutants aren’t cut out to be the next X-Men. You just hope will survive their first run-in with a Sentinel. But Jubilee isn’t about to sell her class of underdogs short. Under her instruction and mentorship, she hopes to navigate them through growing pains and dangers that would put even the most seasoned X-Men to the test!

“Traditionally, the Xavier Institute’s been the place for societally rejected young mutants to seek shelter,” says writer Christina Strain in an interview with Marvel.com. “Once there, they’re taught how to properly harness their powers and sometimes, after graduating, some of them have gone on to become full-fledged X-Men. But let’s be real for a second. Not every young mutant is X-Men material…”

What do you do when you’re the outcasts among the outcasts? When you don’t fit in – even at the school you were promised you’d belong? You forge your own path. Welcome to Generation X, hope you survive the experience! It all kicks off this Spring when Strain & Pinna bring you GENERATION X #1!