The Ace Combat franchise has always delivered the quintessential aerial combat experience. From the sounds of its iconic radio chatter, its epic storyline, to giant aerial boss fights, Ace Combat has made countless gamers’ fighter pilot fantasies come true. Ace Combat 7: Skies Unknown will take those fantasies to new heights with the best graphics, highest-tension drama, and most visceral action ever presented in an Ace Combat game. The new trailer gives a look at the upcoming intense combat action. 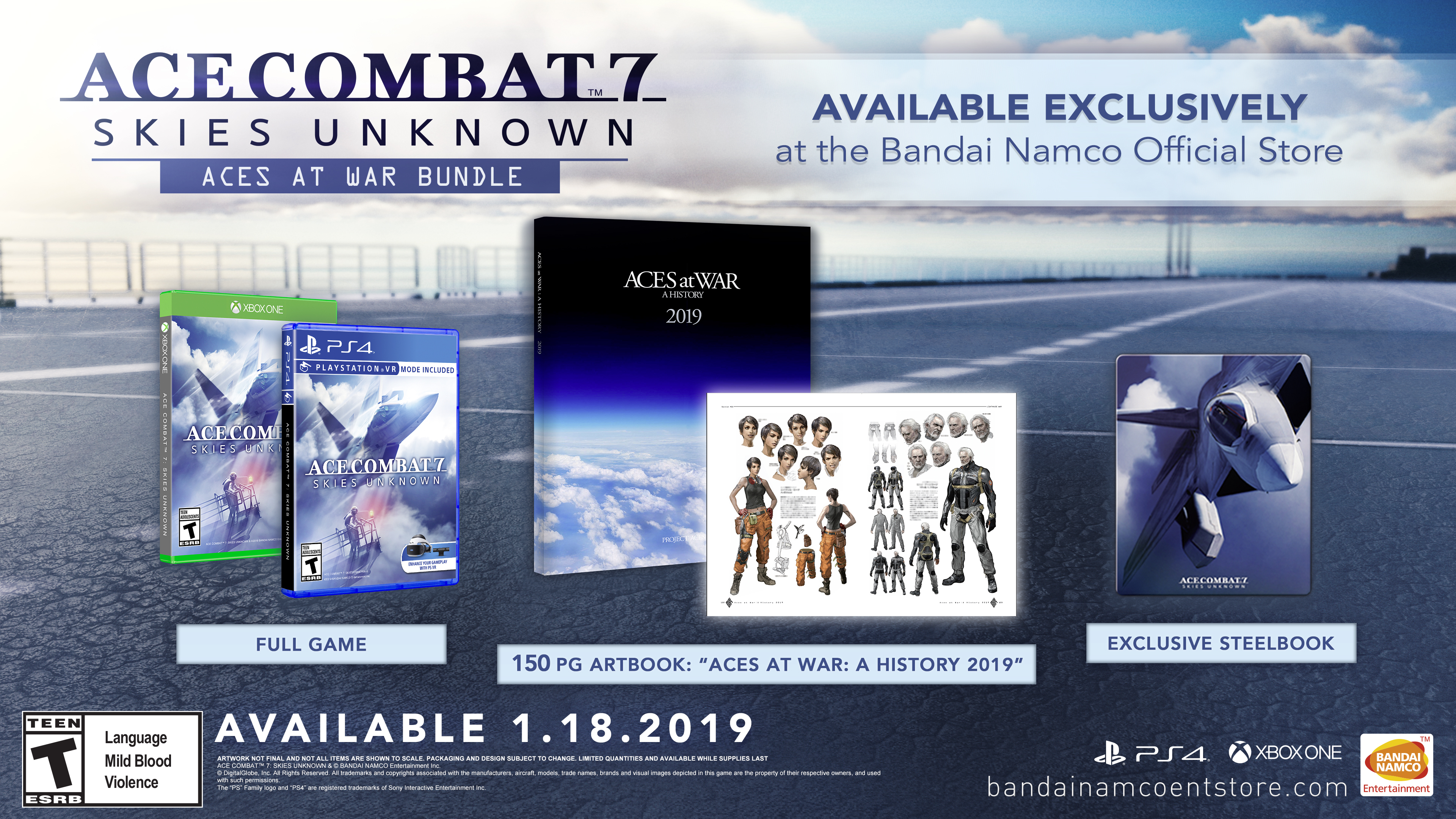 Players and fans looking for more Ace Combat 7: Skies Unknown goodness will want to reserve their copy of the Ace Combat 7: Aces at War Bundle which will be produced in limited quantities and offered exclusively on the BANDAI NAMCO Entertainment America Official Store. The Ace Combat 7: Aces at War Bundle will include the game, a special Steelbook case, and a 150-page ACES at WAR: A HISTORY 2019 art book containing exclusive illustrations, interviews, and four short stories written by Japanese writer-director Sunao Katabuchi. PlayStation 4 and Xbox One gamers will be able to pre-order the bundle at the respective links to the Bandai Namco Entertainment store. Aces at War is $89.99 and currently there is no PC version of the bundle.