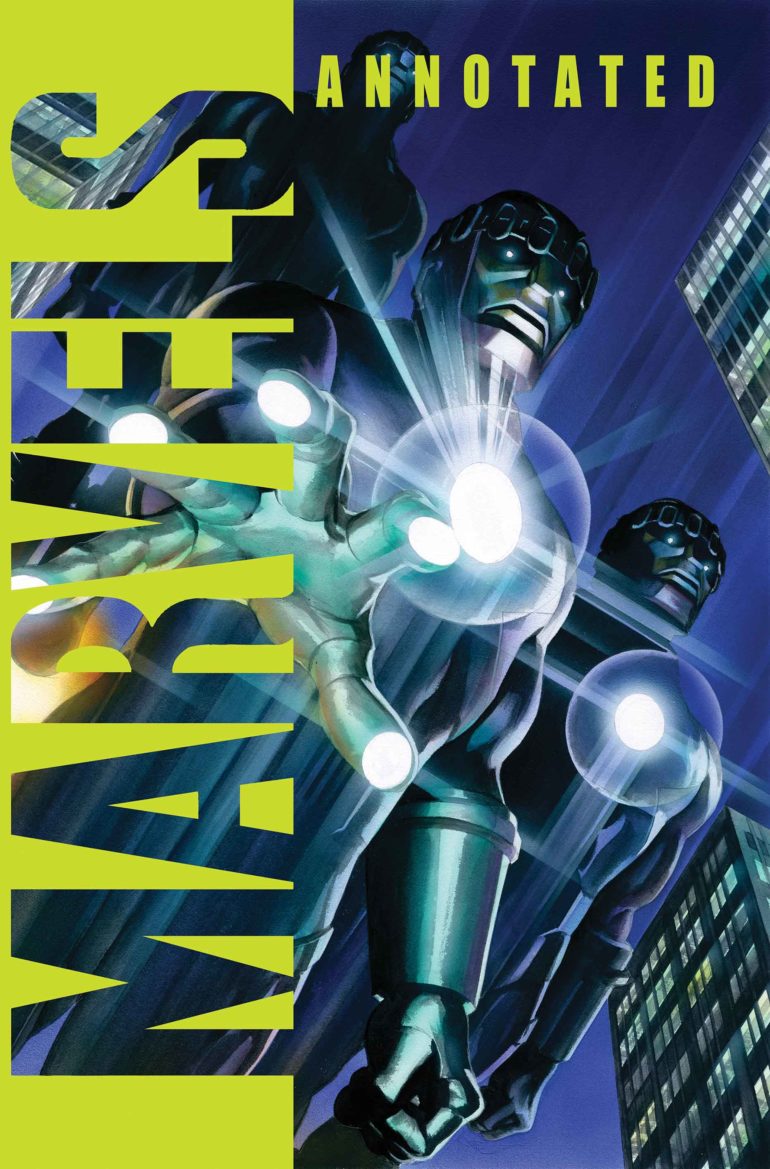 Alex Ross is a fan favorite among many of our readers and many consider his MARVELS series with Kurt Busiek as some of his best work. It is crazy to think that this series is turning 25 next year.

Marvel is celebrating the anniversary of the iconic series by re-releasing it with curated behind the scenes content plus an assortment of reprints and variants. Here is a sampling of what is coming your way next year:

In February, don’t miss the MARVELS ANNOTATED series kicking off with never-before-seen commentary from Kurt Busiek and Alex Ross. Read the original MARVELS series with new covers and insight from the creators themselves.

As part of the anniversary, MARVELS has also been remastered and reprinted in a trade paperback for fans to enjoy, on sale now!

Here are some of the variants and special covers you will be seeing next year as Marvel Comics celebrates 25 years of MARVELS.