The Avengers Tackle Bullying in 2015 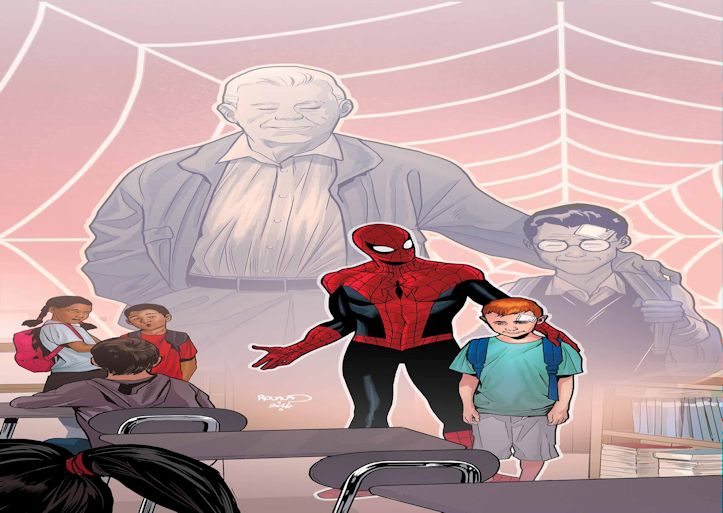 Marvel's anti-bullying variant covers generated a buzz a few weeks back. The positive response to the covers encouraged Marvel to do a special one shot book, Avengers: No More Bullying #1. This special one shot includes a ton of great stories and art from some Marvel's great writers and artists whose talents help raise awareness about bullying which over the last few years has become an issue across our country. I think that Marvel is doing a great thing with this book and it reminds me of the great mini comics that Marvel did for schools in the 80's and late 90's that spotlighted things such as bullying, abuse and drugs and presented helpful ways for kids to be aware, informed and most of all safe. Help take a stand against bullying and pick up Avengers: No More Bullying when it hits stores January 2015.

MARVEL TAKES A STAND AGAINST BULLYING WITH

In Avengers: No More Bullying, the Earth’s mightiest heroes, The Avengers, have a new and vital mission – to make bullying a thing of the past! Captain America, Iron Man, Hulk, Black Widow, Captain Marvel, and more have always stood up for those who cannot stand up for themselves, but this time they’re in for a bombastic adventure of the highest order! Featuring surprise guest stars from across the Marvel Universe including Spider-Man and The Guardians of the Galaxy!

“From Peter Parker, Midtown High’s only professional wallflower, to the ever-misunderstood Kamala Khan, Marvel has a proud history of working to raise awareness about bullying and representing its victims as much as possible,” says series editor Devin Lewis. “Bullying is a problem that can affect everyone in a community, and it’s up to that very community to come together to combat it, and, with this issue, Marvel’s Avengers, Spider-Man, and Guardians of the Galaxy are joining the fight! I know how comic books can help ease that feeling of isolation, and I couldn’t be more proud or excited about the talent we’ve pulled together for this project!”

Avengers: No More Bullying #1 will be available in January within local comic book retailers and digitally through Marvel.com and the Marvel Comics App.