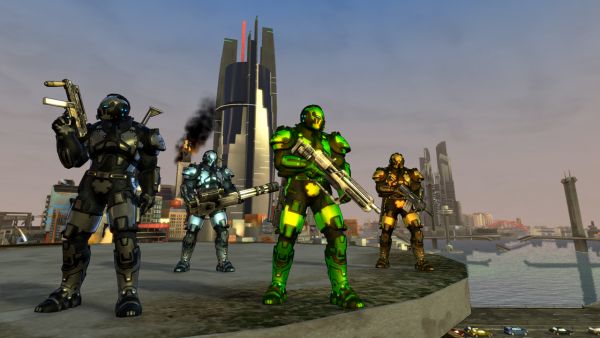 As Ant mentioned, the developers of Crackdown 2, Ruffian Games had their website go down since the DLC incident started. I woke this morning to find it up and running and was somewhat horrified to see that the homepage is so poorly updated that it is announcing that Crackdown 2 is under development and was shown at 2009’s e3 convention. I decided to not freak out until I had gone through the whole site. I found their forums (only updated section of the site) and I found the following fix (which I personally confirm that it is a working solution):

XBOX Forums wrote:You guys should really try calling the FREE 1-800-4my-xbox line some time.
They would have given you these nice directions and had your DLC working in no time.
Clear cache from drive
Delete DLC
delete profile (profile ONLY, not info)
Recover profile
Re-download DLC.
Toss a couple xbox restarts in there for good measure.
bling blang blam
Done
Keys to the city working now.
Not exactly convenient, but if you are wanting a fix in the next 15 min, this works.
You're welcome (Copied from forums at www.ruffiangames.com)

NOTE: If you have never recovered your profile before, you need the e-mail address and password you used to create your XBL account.

And there ya go, just like The Bus Boys said in 48 Hrs., the boys are back in town, except these boys pack ordnance that would make Marcus Fenix Cry and they can bench press a tank without breaking a sweat.

It’s a brand new day in Pacific City people, it’s time to take out the trash again. By the way, the new ATV is so sweet; go get that DLC now – it’s safe, it’s cheap and it’s fun on top of an already fun game.