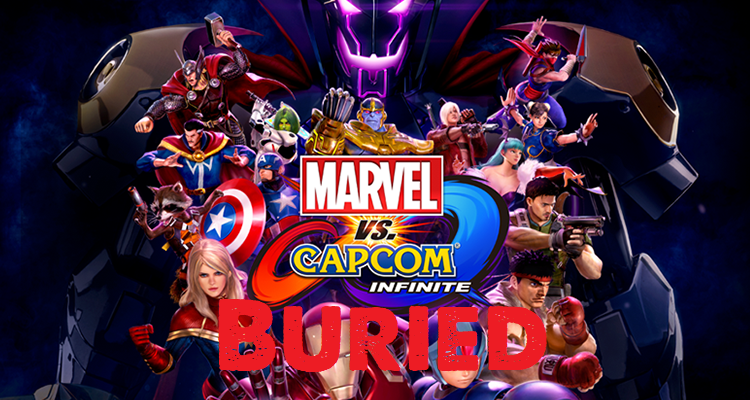 Marvel vs. Capcom: Infinite is a disaster. Yeah, you've heard it sucks because of the PS2-era graphics in the game, but that isn't even CLOSE to MvC:I‘s biggest problem. This shit is some Star Wars prequel level disappointment. The Godfather: Part III of video games. The mistake that is Marvel vs. Capcom: Infinite is a mishmosh of mediocrity that proves gamers are stupid.

The same people who think this game is good are the same people who gave Destiny 2 an 8/10. Garbage like MvC:I is what happens when the collective fighting game community is so desperate for a new Marvel, that for MvC:I. simply existing is good enough. The FGC is so cucked, that they accept their wallet getting fucked by Capcom just so “MAHVEL” can live another five years. 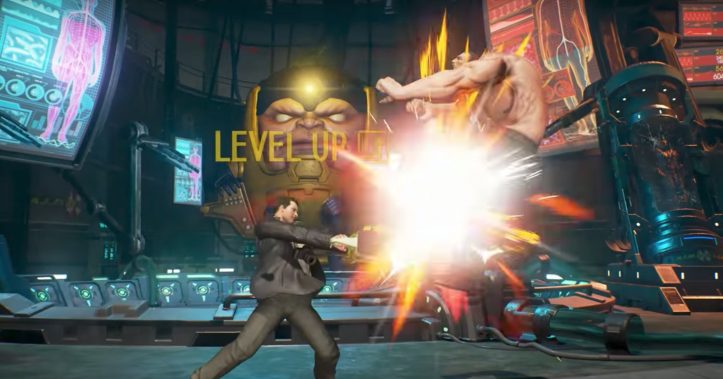 Season Pass- AKA- The Interesting Stuff

MvC:I is sold at cost of it's budget – $90.00. I'm not being facetious either, as the $30.00 season pass locks away every interesting character you would want to play with. Black Panther, Monster Hunter, Venom, Sigma, Winter Soldier, and Black Widow make up the season pass. Meanwhile, the base experience is full of duds like FireBrand. Who asked for Firebrand to return? Chris G? The best part of MvC3 (the roster) has been blatantly expunged to sell you an overpriced season pass. This game is missing series staples that have appeared in past games. I can forgive Capcom for not including the X-Men, as that was clearly Disney's call, but where the fuck is Viewtiful Joe, Phoenix Wright, Akuma, Wesker, and Amingo! Capcom has rights to all of these characters, yet they aren't back in Infinite. The cast of the PenUltimate edition of MvC3 has a larger cast than the postseason pass roster of Infinite! It makes me wonder if I'm being trolled. Is there a collective joke that the fighting game community is in on that I don't get?

I love MvC3, but those one-touch death combos were proof of poor balance and a lack of having true fighting game pros on board to playtest. Infinite actually had members of the FGC help develop the game, and there are still one touch combos. It was supposed to be the most user-accessible fighting game Capcom has ever produced, going so far as to remove Dragon Punch commands from many characters' moves to decrease the barrier of entry. In theory, this works, but keeping one touch death combos (unintentional or not) is like telling a new brand new driver that driving is easy, BUT there is a one in seven chance you are going to get murdered on the road. You think any new player is going to want to play online and spend money on a season pass when they know there is a high chance they are going to get stuck in a combo so long they can go make a sandwich by the time they die? 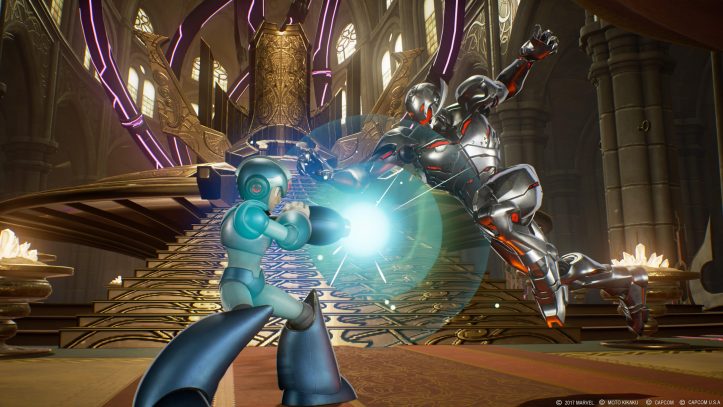 Let's talk about the story mode, or should I say the plot mode. A story implies there are character arcs, people to root for, stakes and risks. MvC:I doesn't have those, it's just a plot about some people who aren't the X-Men or Viewtiful Joe looking for some stones. At least MegaMan shows up after sleeping through MvC3. There's something amiss when you root for the antagonist of the game. Seeing how Ultron and Sigma meet for the first time, and how they betray all the other villains for their own common goals, is what a good crossover should be about. The rest of cast looks like they are talking to one of those floating foam balls that they use when shooting major Hollywood blockbusters. The game fails to capitalize on these characters meeting and having actually spoken dialogue with each other for the first time. One of the final fights is Thanos and Frank West versus Ultron Sigma. Frank West, a middle-aged out of shape reporter, teaming up with a god to face the most powerful being in the universe. This is the stuff only dreamed up on DeviantArt, and all we get is a throwaway line by Frank saying, “Why me” or something equally uninspired. I spent three dollars and fifty cents on a Redbox rental, and I think that's what they paid the entire writing team.

Is Marvel vs. Capcom: Infinite awful? Yes. Duh. It's the antithesis of Tekken 7. Possibly the greatest, most well balanced, bang for your buck fighting game puts Marvel vs. Capcom: Infinite to shame. There is a reason Tekken 7 sold 1 million copies and MVC:I was #19 in digital sales for September. Why would you buy MVC:I when you can buy MvC:3 on current gen consoles for less than the price of the former's season pass? People say we should support MvC:I, as it failing could spell doom for Capcom's fighting game future. Good riddance. Namco and NetherRealms made good fighting games, and shocker, people bought them. We are living in an age where simply being good enough isn't good enough anymore. There are too many options. Mass Effect: Andromeda is one of the best games I've played in 2017, and even that wasn't “good enough” to keep it from bombing and getting meme'd into oblivion. So what hope does the Galactus-sized turd that is Marvel vs. Capcom: Infinite have when it's the worst AAA game I've played in years?