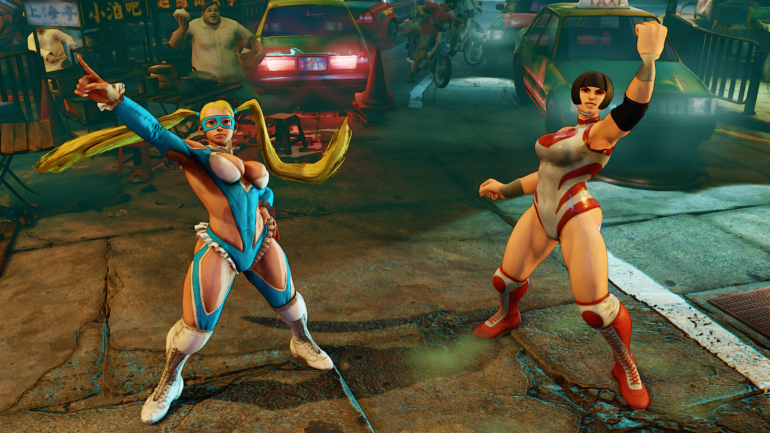 If you are Street Fighter fan then Rainbow Mika aka R.Mika should ring a bell. R.Mika was last seen in Street Fighter Alpha 3 alongside her coach Zangief. R. Mika's specialty? Wrestling of course! Street Fighter fans will have a litany of grabs and throws at their disposal with R. Mika  plus you even get to use her tag-team partner Nadeshiko for a few V-trigger attacks.

Capcom announced today that PAX Prime attendees will get see RainBow Mika in action as well as try out the catch wrestling specialist at the Street Fighter V demo stations. If you heading to the event and want to see R.Mika and all the new and returning fighters in action then make sure to head to Capcom Booth #3103.  Let's get  to the trailer to see this new challenger in action!