Channel Your Inner White Ranger with a Saba Sword Replica 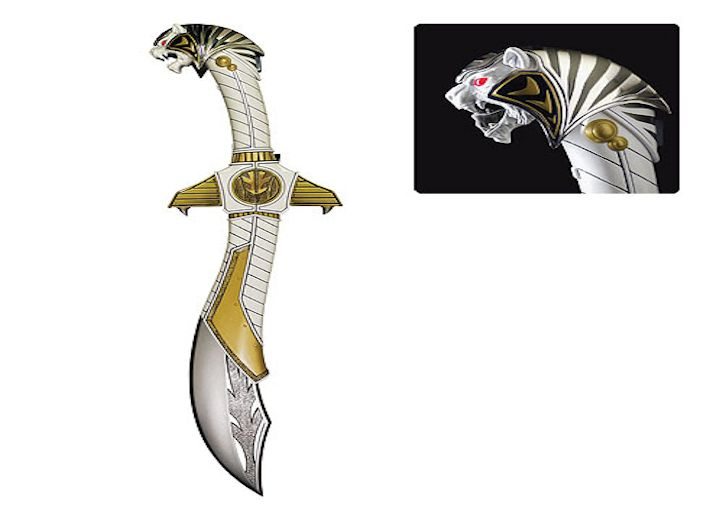 If you grew up watching Mighty Morphin Power Rangers over the years you know that both the Green Ranger and White Ranger have been fan favorites because of their great weapons and awesome zords. The Power Ranger Legacy collection from Bandai has released high quality versions of the iconic zords and Power Ranger weaponry including a die-cast Green Ranger dragon dagger and legacy morpher with die-cast power coins. Bandai will be releasing a die-cast Saba Sword replica in February which may dethrone the iconic Dragon Dagger as the most kick ass Power Ranger collectible to date.  The Saba sword replica will have lights and sounds much like those from the show. Saba's white tiger head will have animatronic features as well. The sword will ship in February but you can pre-order it now heading here. I already preordered mine since my inner child never got the original Saba sword as a kid.