Check Out The Midseason Finale Trailers For The CW DC Shows 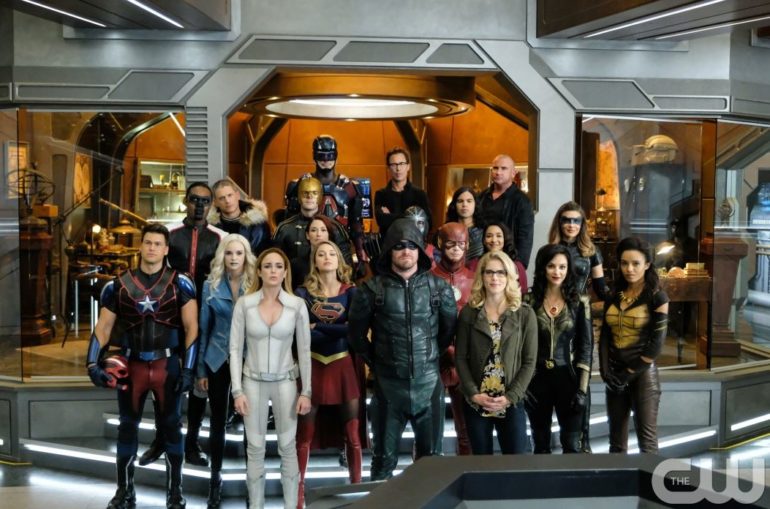 Plot Synopsis: Supergirl (Melissa Benoist) investigates a mysterious symbol popping up all over National City, tracing its origins back to an ancient prophecy and the mark of the World Killer, Reign (Odette Annable). Meanwhile, the tension between Lena (Katie McGrath) and Morgan Edge (guest star Adrian Pasdar) continues to build, causing James to step in and offer up some protection, and possibly igniting a spark in the process. Glen Winter directed the episode written by Paula Yoo & Caitlin Parrish.

Plot Synopsis:  Amunet (guest star Katie Sackhoff) kidnaps Caitlin (Danielle Panabaker) and puts meta-dampener handcuffs on her to keep her from turning into Killer Frost. Amunet tells Caitlin she needs her to perform a tricky medical task and if Caitlin fails, Amunet will kill her. Meanwhile, The Thinker (guest star Neil Sandilands) traps The Flash (Grant Gustin) in a speedster-proof prison. With the clock ticking, The Team doesn’t have the time or resources to track both Caitlin and Barry so Iris (Candice Patton) is forced to choose who to save. Stefan Pleszczynski directed the episode written by Sam Chalsen & Judalina Neira

Plot Synopsis: Rattled by recent events, the Legends dive into work which finds them investigating an Anachronism in a Viking settlement in the New World.  The Legends realize that the Norsemen are worshipping an artifact as their god and are surprised by the artifact’s origin. For the first time, Sara (Caity Lotz) is worried that they might need back up when Damien Darhk (Neal McDonough) shows up.  Meanwhile, Jax (Franz Drameh) finds a loophole that could potentially change history, but it is a risk he is willing to take.  Victor Garber, Brandon Routh, Nick Zano, Tala Ashe, Maisie Richardson-Sellers and Dominic Purcell also star. Kevin Mock directed the episode written by Grainne Godfree & James Eagan.