Coleco Has a Brand New Vision 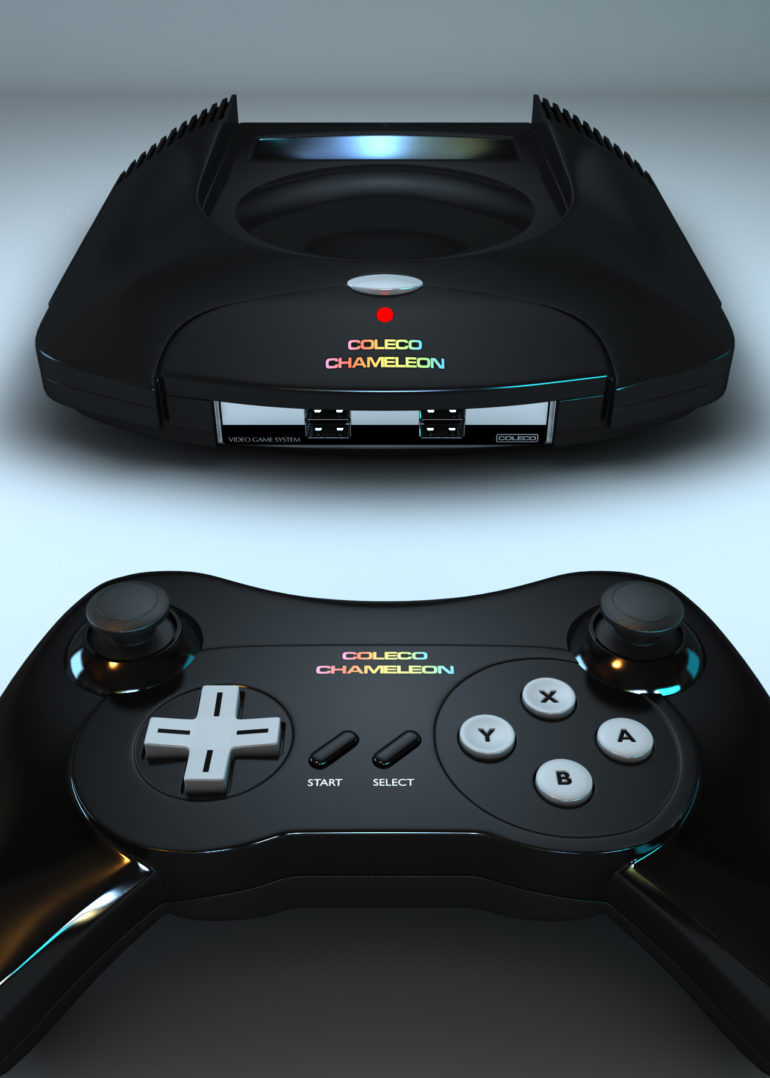 Coleco is coming back with its first console in decades. Now many of you are asking yourself “What the f#@k is Coleco?” Coleco is one of the early pioneers of both handheld and console gaming in the United States. If you ever played one of those handheld LCD games, Coleco was one of the first to do that and they also used to make innovative LED head to head games as well as their one and only console, the Colecovision. If your head is still surrounded by question marks, that is because said console came out in the days of the Atari consoles. What Coleco looks to do now is bring back retro gaming in a big way with their new console, the Coleco Chameleon.

The first thing you might notice is that there is no disc slot. Coleco is making a bold move as they are looking to re-introduce cartridge-based games. This is not a console that will play old Nintendo and Sega cartridges, they are looking to make new games (or collections of older ones) and put them on new cartridges. Details are scarce at this time and we have no release window. As more information surfaces, R.A.G.E. Works will keep you posted.