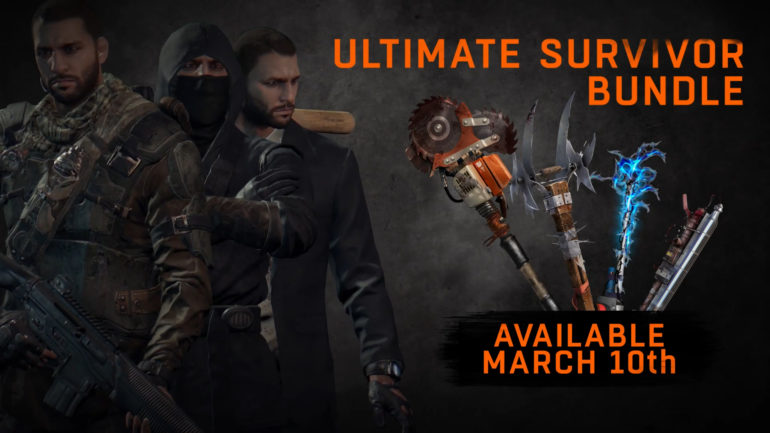 Everyone has their own way of playing Dying Light. Some prefer to be stealthy, making use of the takedown feature can be very satisfying. Others prefer to kill with style and the traps scattered around the city can definitely make that a reality as well. Of course, some are just plain lunatics and brutally destroy everything in their path. All of these are viable ways to play if you know what you are doing and to quote Rich “develop your craft.” Next Tuesday, Techland is going to give players a hand in achieving that goal as the Dying Light Ultimate Survivor Bundle will be released. This is the second of the announced DLC packs for the game and as promised, it comes with three outfits and four blueprints. I personally am a bit disappointed wit hthe outfits because two of them came with the pre-order of the game through Best Buy. It is still great for many players because I have heard from many of the games I joined “where did you get that ninja outfit?” Along with that, players will get a Special Agent skin (a la Agent Smith) and the Urban Explorer outfit. The skins are merely cosmetic and you yourself will still only see your hands, so lets get to what you really want to know about:

From left to right in the above picture, you have the Lacerator, which attaches nasty looking blades to a bedpost (and hopefully stronger weapons) and slices through zombies like Swiss cheese. The nightclub combines fire and electrocution and adds it to your bat of choice. The Constable turns a regular police baton into a baton/taser and finally my personal favorite is the Buzzkiller. There is something satisfying about having the zombie version of a weed whacker in your hand. The only gripe I have with this DLC is that from how it looks so far, these weapons will be of little use to higher level player that rely on shotguns, rifles and katanas. As I said earlier, I hope these blueprints can be applied to stronger weapons. Players will know for sure next week. The Ultimate Survivor Bundle will be available as a Dying Light add-on come Tuesday, March 10, and it will be $4.99 if bought separately. Season pass holders will get it at no additional cost.

On March 10, players will also notice that their game is being updated. Patch v.1.04 will introduce the previously mentioned Hard mode. Additional tweaks to the game will be made to improve online stability and visual fidelity. A new tier of weapon rarity will be added, and additional outfits and weapons (on top of what comes in the DLC) will be added. This will come to all players regardless of whether they get the DLC or not. Next week will be big for Dying Light players.