It's the holiday season, and we want to keep giving you the gift of great on-screen fights. It's time for a brand new installment of Film Fight Fridays. Film Fight Fridays is our weekly series showing our appreciation of the best fights captured onscreen, whether on TV or in films. Whether it's gunfights, sword fights, knife fights, or good old-fashioned fistfights, we will showcase them all here every Friday. 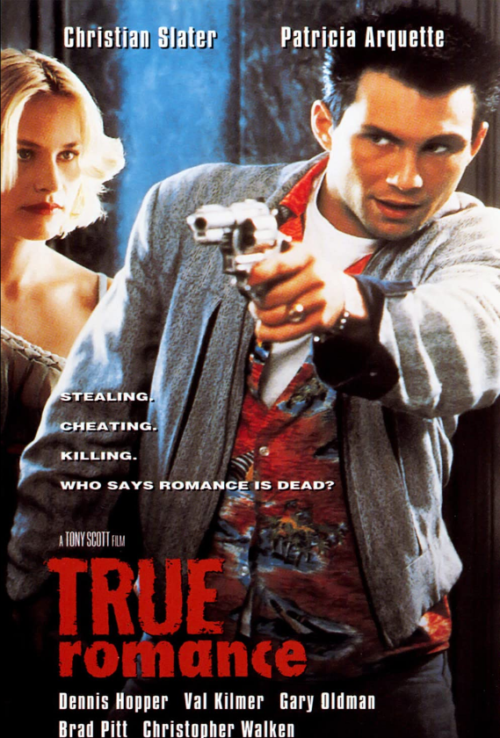 When Quentin Tarantino is mentioned, it is always easy to showcase films like Reservoir Dogs or Kill Bill for great fights. In addition to being a great director, Tarantino is a great writer when he wants to be, and this week's Film Fight Friday spotlights True Romance, which was written by Quentin Tarantino and directed by Tony Scott. True Romance, while not directed by Tarantino, has a lot of elements we've seen in many of his films coupled with an amazing cast comprised of many iconic stars including Dennis Hopper, Christopher Walker, James Gandolfini, Gary Oldman, and even Brad Pitt.

The film's climactic gunfight at the end between the police, mobsters, and Lee Donowitz's security was a symphony of violence that not only had it's own little storytelling nuances that made it awesome, but it really worked as a great way for all the plot points to converge in one place. The late Chris Penn deserves kudos for this work in this scene as well.

True Romance is incredibly underrated and does not get the recognition it deserves. If you have not seen this film, you definitely should and not just for this gunfight.

What did you think of this gunfight? We'd love to hear what you think.