It's Friday and that means we got a brand new installment of Film Fight Fridays on deck. Film Fight Fridays is a new series where we show our appreciation of the best fights captured onscreen. Whether it's gunfights, sword fights, knife fights, or good old-fashioned fistfights we will showcase them all here every Friday. 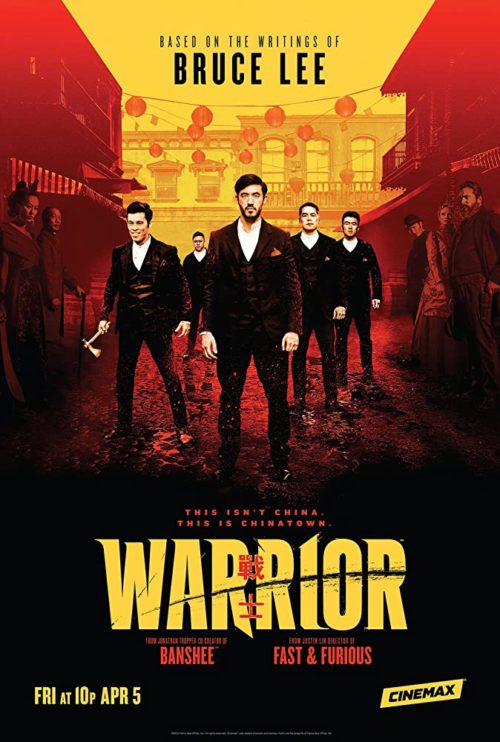 This week we are showcasing the Cinemax series Warrior, which just kicked off its second season. Warrior is based on the writings of Bruce Lee and takes place during the Tong Wars of the late 1800s. The series protagonist is Ah Sahm, played by the talented Andrew Koji. Ah Sahm is a skilled martial artist who immigrates from China to search for his sister and ends up becoming a hatchet man for one of San Francisco's most powerful gangs, the Hop Wei. The series includes many homages to Bruce Lee, and his fighting style and the fight choreography is excellent. While I can probably do many features on the various fights in the series, the focus this week is on the fight between Ah Sahm and Li Yong, who represents the Long Zii tong. This fight took place in the season one finale.

While Ah Sahm and Li Yong mixed it up earlier in the series, it is this fight that truly brings their rivalry front and center. Joe Taslim is an underrated martial artist, and while he was excellent in The Raid: Redemption, I am glad to see his skills showcased more prevalently stateside. You'll next see Taslim on screen again in Mortal Kombat playing Sub-Zero while Koji will play Storm Shadow in Snake Eyes: G.I. Joe Origins.

Warrior season two is currently airing on Cinemax on Friday nights at 10 PM. Check your local listings for additional air dates and times.