Funko's continues their expansion of their video game collectibles with new Pint-Sized Heroes based on Capcom's Megaman series. The blind bags will include all the series iconic characters including Megaman, Protoman, Zero, Dr. Light, and many more. Look for these in stores throughout the Spring. 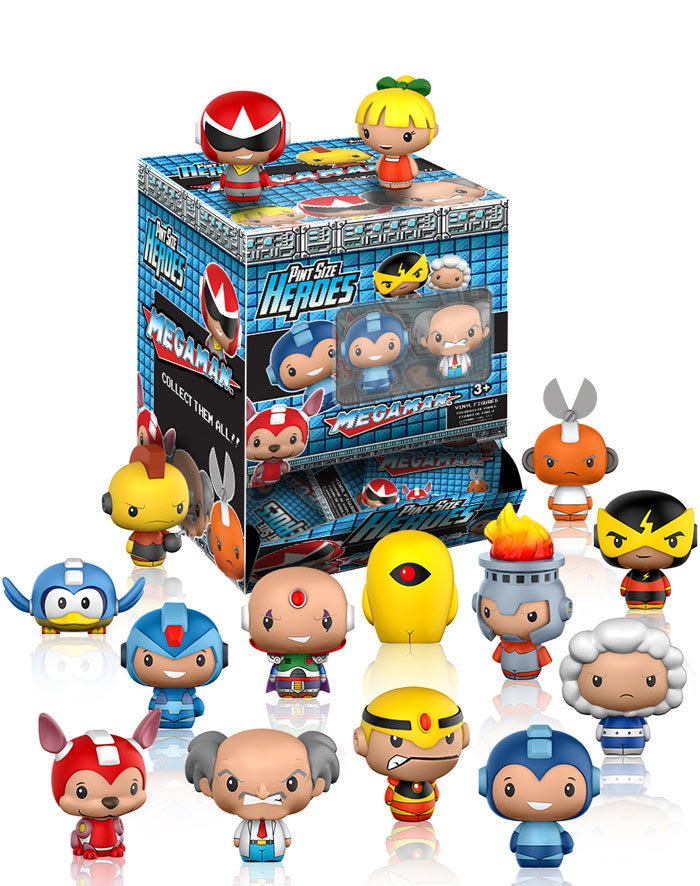 Borderlands fans will also be seeing new additions to Funko's line of Borderlands Pop! figures. These are figures we showcased in our Toy Fair coverage. You'll be able to find these in stores throughout the Spring.

Elder Scrolls fans get some love from Funko as well with Pop! figures based on characters from the beloved series which will see a sequel hitting retailers in June. While June is around the corner fans will not have to wait as long for the Elder Scrolls Pop! figures as those will in stores throughout the Spring. Check them out below.