Ghost Blade HD Review- The Next Best Shoot Em’ Up?

Lined among a sea of Japanese imports, players of Ghost Blade HD wowed me with their skills to dodge and weave through bullets without breaking a sweat. The first time it was in action was at Katsucon 2016.  That's what I tell myself anyway, as there were tons of shoot em' ups at Katsucon. After awhile, all the games in this genre blend together, and unless you are a bullet hell aficionado, it's hard to distinguish between them all. Ghost Blade HD is no Ikaruga, and won't be pushing the boundaries in this already niche category of games.

While barely dodging bullets by the skin of your teeth is always fun, Ghost Blade plays it way too safe. There are only three ships to pilot and there is no customization or unlockables. While these are fairly modern game ideas and do not need to be in an arcade style shooter, it would be nice to have more of an incentive to keep playing. Each of the ships plays roughly the same, as each one has a spread shot and focused shot, as well as a genre staple: The Smart Bomb. 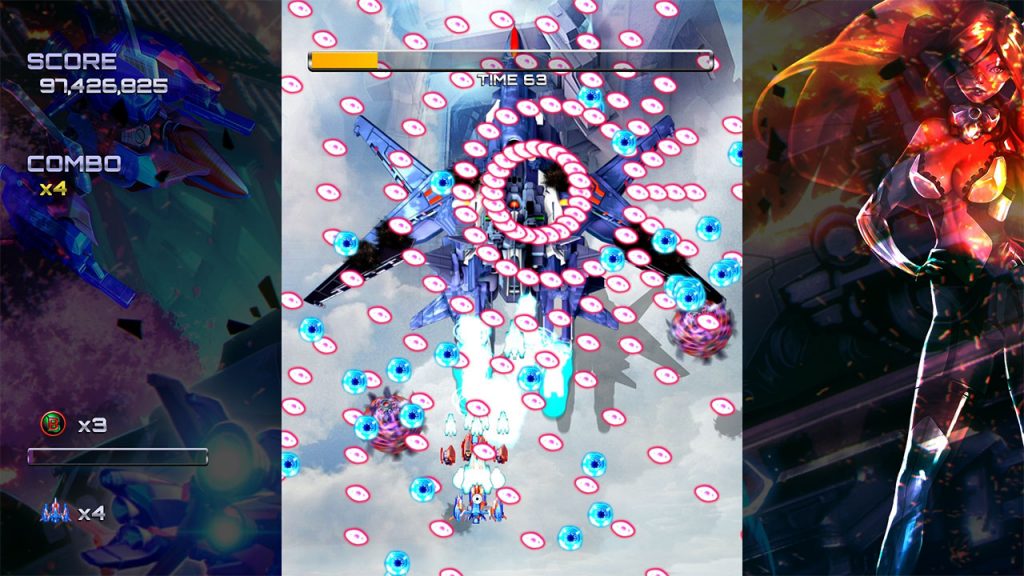 Ghost Blade HD would be one of the best shoot 'em ups of yesteryear, but in today's day and age it no longer cuts it. You dodge bullets, shoot bullets, and kill enemies to turn their bullets into gold. The biggest saving grace is its wonderful soundtrack and stage three- Orgasmic Stride. With graphics from 2007 and gameplay from 1997, Ghost Blade HD doesn't feel like it belongs in 2017. Nowadays, you can find similar bullet hell shoot em' ups like Furi and Enter The Gungeon that have advanced the genre, instead of clinging to the past. Fans of bullet hell shooters will feel right at home, while everyone else will find Ghost Blade HD to dull rather quickly.