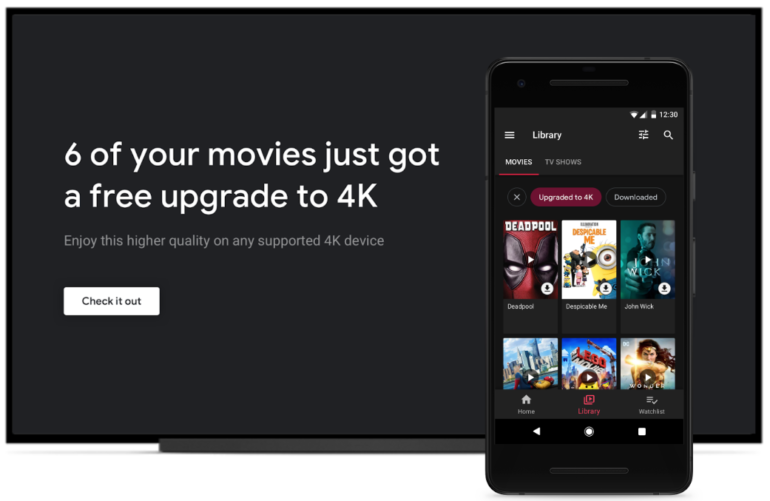 If you purchased films digitally via the Google Play store and have a 4K television you may be eligible to upgrade your previously purchased standard or high-definition films to 4K at no additional cost. All you have to do is open up the Movies & TV app to see if your films have 4K versions available.

Films released in 4K will now cost the same as their HD counterparts going forward. This mirrors Apple's current pricing model for HD and 4K films.  In viewing the Google Play store as of the publishing of this article the changes have not been implemented across the board so I recommend giving it a few days to trickle down through their catalog.

4K movie streaming will be available on the Play Movies & TV app that comes loaded on select Samsung Smart televisions and will also roll out to LG, Vizio and Sony smart televisions.

The free SD and HD to 4K upgrade are only available to US and Canadian Google Play users.