Today, NIS America announced the latest and most disturb- I mean greatest gender swap in SNK Heroines Tag Team Frenzy. The latest addition to the roster is MissX, whose moves bear a striking resemblance to Iori Yagami. In fact, her third costume seems to hide a taller and much more *ahem* muscular physique. November 15th, she joins the fray! 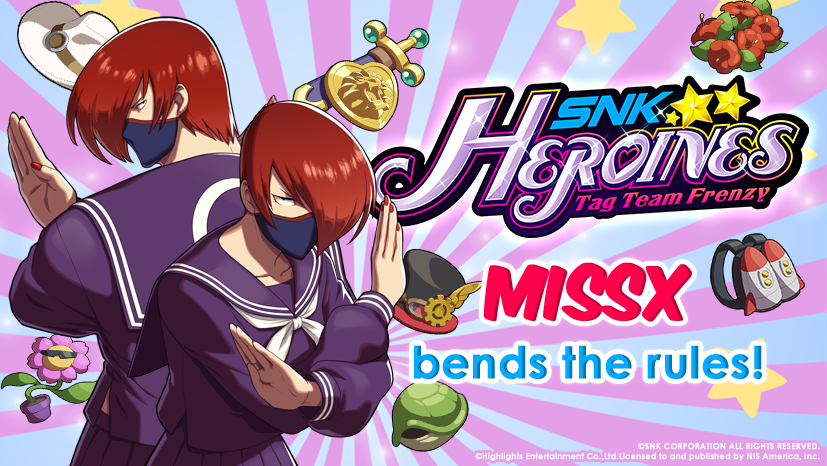 The host of the Queen of Fighters tournament in SNK Gals' Fighters back in 2000, MissX returns to the arena as a participant. Although she bears a resemblance to another renowned battler, MissX is her own brand of badass! Her attacks may seem familiar, but she's also got new moves that no one will see coming!