Marvel’s Guardians of the Galaxy from Telltale Launches Tomorrow!

If you simply cannot wait for Marvel's Guardians of the Galaxy vol. 2 (and even if you can), Telltale Games has something special for you tomorrow. In their tradition of adapting great IPs and making original stories with them, Telltale is proud to present Marvel's Guardians of the Galaxy: The Telltale Series. The quirky quintet of heroes seen in the movie are all back (Groot is not a baby) for some anti-Thanos action. If you are not really familiar with Thanos, he is the huge purple guy that keeps showing up in the ACS of Marvel movies. 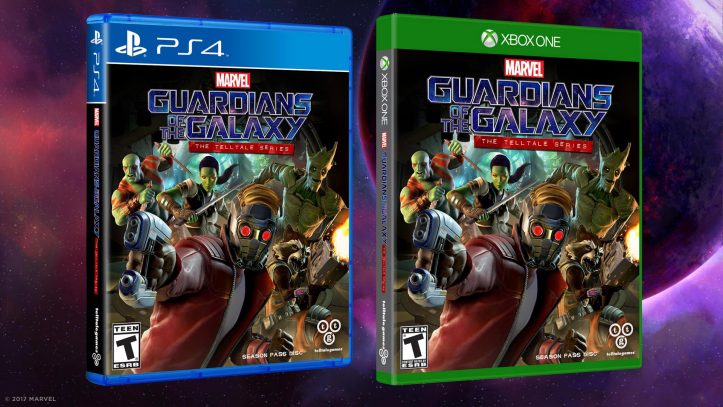 A five-part story begins tomorrow with Episode One: Tangled Up In Blue. Even before the Infinity War movies come out next year, the Guardians of the Galaxy already have to deal with Thanos. If you are unfamiliar with just how devastating a character the Mad Titan is, this is the guy who killed War Machine, has repeatedly beaten the snot out of the Hulk and once even killed Deadpool. Our heroes will have their hands full, to say the least. 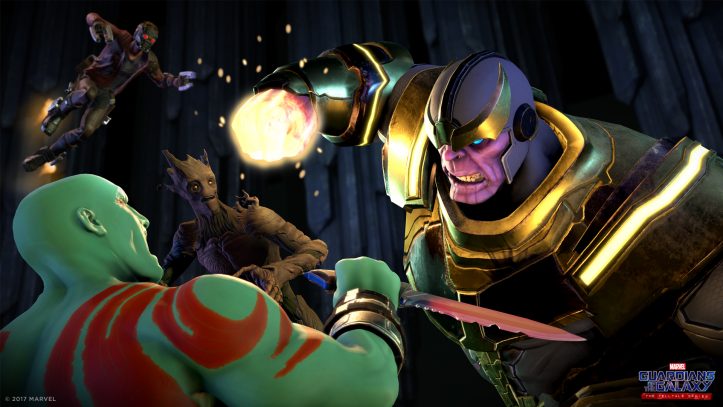