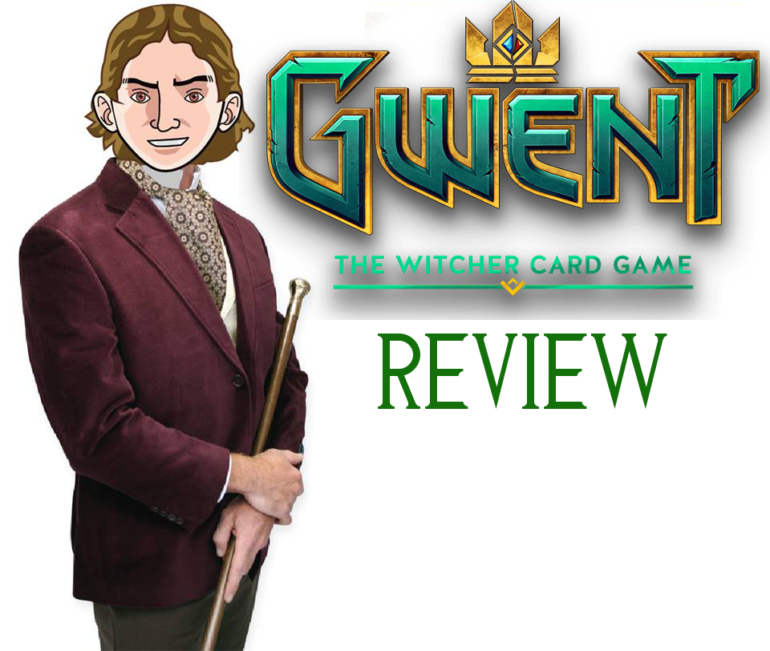 The Witcher series by Andrzej Sapkowski has become a multimedia juggernaut, spanning books, a soon-to-be series on Netflix, and a critically acclaimed video game series. The Witcher 3 won numerous game of the year awards and series creator CD Projekt Red was praised for the amount of content that was packed into the game. One such activity in the Witcher 3 was a mini-game called Gwent. Gwent was an in-universe card game that was completely optional to play within the Witcher 3. Fans loved it so much, that CD Projekt Red has made it into a full-fledged experience, complete with multiplayer. After the success of the Witcher 3, CD Projekt Red has created one of the finest and most rewarding free to play games on the market.

To play Gwent, you must pick a faction, construct a deck of at least 25 cards and one leader card.  Each of the five factions has exclusive cards that can only be used by that faction, so choose wisely. The cards in your deck have two types and three tiers. Soldier and Spell cards come in Bronze, Silver, and Gold tier. In a deck, you can have any amount of bronze cards, but limited to four of a single bronze card. You can also have six silver cards and four golden cards. Finally, your one leader card has a special ability and it can be played at any time during the game.

This limit helps keep decks as balanced as possible. In an actual match, the player uses these cards to try and win two of three rounds. To win a round, the player with highest “power” on their side of the field wins the round. Every soldier card has a power number assigned, and spell cards can increase or decrease the power of soldiers on either side of the field. 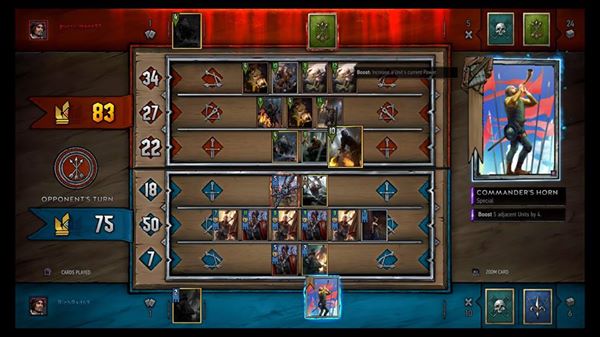 At the end of a round, all the cards on the field go into the graveyard. Having multiple rounds that all use the same pool of cards make it so that the player with the best strategy is the winner and not just someone who can get the best cards out as fast as possible.  You can use mind games to trick your opponent into using their best cards to win one round when you know that you have saved your resources to win the other two.

Gwent does a great job of teaching its rules to those who have never played The Witcher 3 version. A series of tutorial levels properly teach the basics and game mechanics, and challenge levels reward the player with in-game money called ore. One hundred ore will let you buy a keg full of five cards. Each keg has at least one card that is guaranteed to be rare or better, and you get to choose this card out of three cards of the same rarity. It feels so refreshing that you are actually given an option on what card you want, instead of spending hours grinding for packs just to find one card you need. 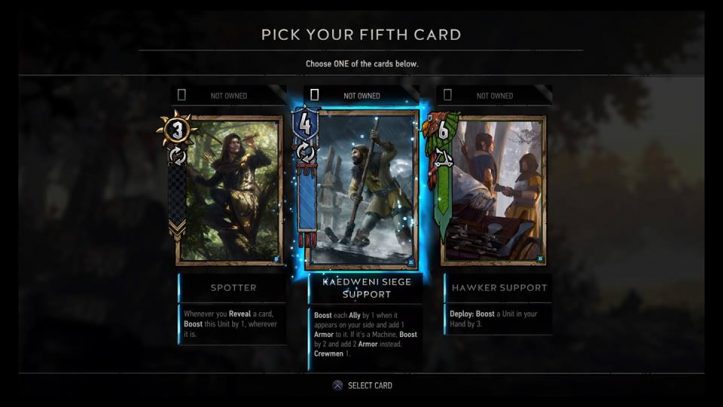 Online multiplayer is where the real fun begins. Opponents take more risks, and can't be tricked as easily as the AI. As you win, you will level up, and winning rounds contributes to your daily win bonuses. Being able to complete daily rewards without winning entire matches is a huge plus. The daily bonuses are very generous too. Winning only six rounds a day rewards you with enough ore to buy a chest full of cards. Eventually, you'll reach level 10, which opens up ranked play. 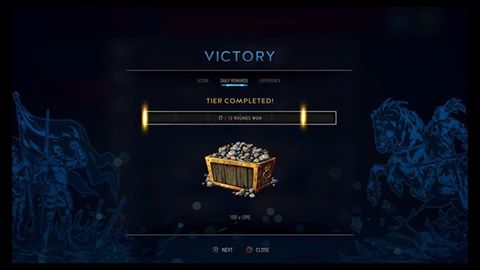 This is where the challenge and true competitive nature comes in. While it's the same as casual play, you can tell which of your opponents (who are ranked the same as you) clearly spent actual real world money on Gwent. The only thing missing is private matches with friends, but being a public beta, I can not fault the game for not including it at this time. The best part of multiplayer comes after a match, where you can send your opponent a good game bonus, which will reward them with 15 scrap.

Gwent truly feels like it belongs in the Witcher universe. All the cards have multiple voice lines when they are played, and every character avatar has plenty of emotes that you can use to talk smack to your opponent. In terms of the soundtrack, you have the option to turn on Gwent music from The Witcher 3 in the options menu. This means you will be able to hear “A Story You Won't Believe” in glorious fashion. Graphically, it looks almost exactly like the Witcher 3 version of Gwent. One nice touch is being able to tilt the cards using the motion controls to look into the card's world. It's hard to explain in words, but it's a nice feature. 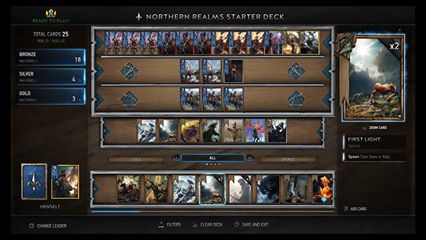 I've never been a fan of digital card games on consoles and always found that the Magic The Gathering games had sloppy controls. But Gwent was clearly made with consoles in mind, and it's UI shows. The overall UI was clearly a holdover from The Witcher 3, but it doesn't matter, as it works. Cards are big on the screen and take up a lot of room. You aren't constantly being taken out of the action by zooming into cards to read them.  Card descriptions pop up on the side of the screen and explain in vivid detail what they do. Even keywords, which are universal abilities that many cards share, are explained. Only once did I have to look up what an ability did.

My only complaint would be the way cards are sorted. While the game gives you plenty of options on how you want to sort your cards, they are all very jumbled up upon opening your collection. Furthermore, having every card AND its foil duplicate shown makes it even harder to navigate your catalog. This will certainly become more problematic when CD Projekt inevitably adds more cards to the game. 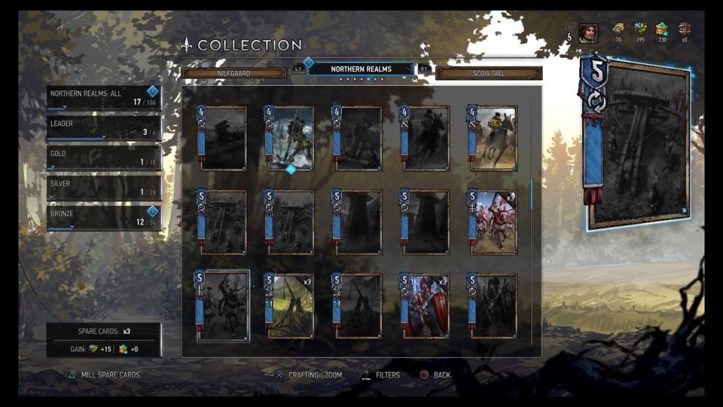 Gwent is not just the best digital card game out there, it's one of the best collectible card games period. So far, it's fair, balanced, rewarding, and skill-based. So many card games employ an element of luck or a coin flip that will end up winning you the match, but not Gwent. You will not be saved by a random number generator here. The fact that you can play Gwent in real life, without shoddy mechanics, is a testament to its playability. If and when single player expansions are released, I will buy them, and I recommended everyone do the same. CD Projekt Red has hit another home run and has shown a deep level of respect to consumers. This is how you gain customer loyalty.

This article will be revised upon the full release of Gwent: The Witcher Card Game