HBO Announces Air Date For Won’t You Be My Neighbor? A Documentary About Mr. Rogers 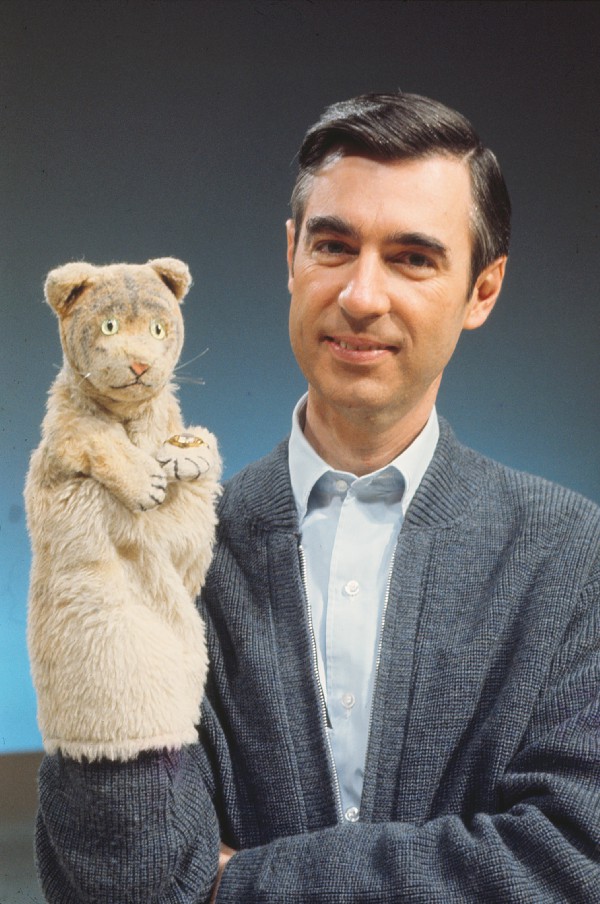 Fred Rogers with Daniel Tiger from his show Mr. Rogers Neighborhood in the film, WON’T YOU BE MY NEIGHBOR? (Credit: The Fred Rogers Company).

When it comes to childhood memories and influences there was no one more impactful for me than Mister Rogers. Fred Rogers entertained and educated children for more than 30 years with Mister Rogers Neighborhood. HBO will be airing the documentary about the celebrated children's entertainer on February 9, 2019. The documentary directed by Morgan Neville will also be presented on PBS Independent Lens after its HBO Debut. For more information about the documentary and the minds behind it you can check out the press release below.

WON’T YOU BE MY NEIGHBOR?,

THE ACCLAIMED STORY OF FRED ROGERS AND

NEW YORK, Dec. 10, 2018 – WON’T YOU BE MY NEIGHBOR?, the acclaimed documentary from Morgan Neville (the Oscar®-winning “20 Feet from Stardom”), will debut SATURDAY, FEB. 9 (8:00-9:35 p.m. ET/PT) on HBO. In addition, HBO will honor Fred Rogers’ contribution and commitment to public television with a special presentation of the film on PBS’ “Independent Lens,” coinciding with the HBO debut.

The documentary will also be available on HBO NOW, HBO GO, HBO On Demand and partners’ streaming platforms.

One of the most celebrated theatrical releases of 2018, WON’T YOU BE MY NEIGHBOR? takes an intimate look at America’s favorite neighbor: Fred Rogers. The documentary tells the story of a soft-spoken minister, puppeteer, writer and producer whose show was beamed into homes across America daily for more than 30 years. In his beloved television program, “Mister Rogers’ Neighborhood,” Rogers and his cast of puppets and friends spoke directly to young children about some of life’s weightiest issues in a simple, direct fashion. There hadn’t been anything like Mr. Rogers on television before, and there hasn’t been since.

Fred Rogers’ career represented a sustained attempt to present a coherent, beneficent view of how television could be used as a positive force in society. WON’T YOU BE MY NEIGHBOR? explores his legacy, focusing on his radically kind ideas. While the nation changed around him, Rogers stood firm in his belief about the importance of protecting childhood. This intimate portrait goes beyond zip-up cardigans and the land of make-believe and into the heart of a creative genius who inspired generations of children with compassion and limitless imagination.

Morgan Neville notes, “We’re excited to have such a great partner in HBO to help spread Fred’s message back into the world. And we’re especially excited that HBO has forged a unique collaboration with PBS to ensure that the film reaches the broadest possible audience in February.”