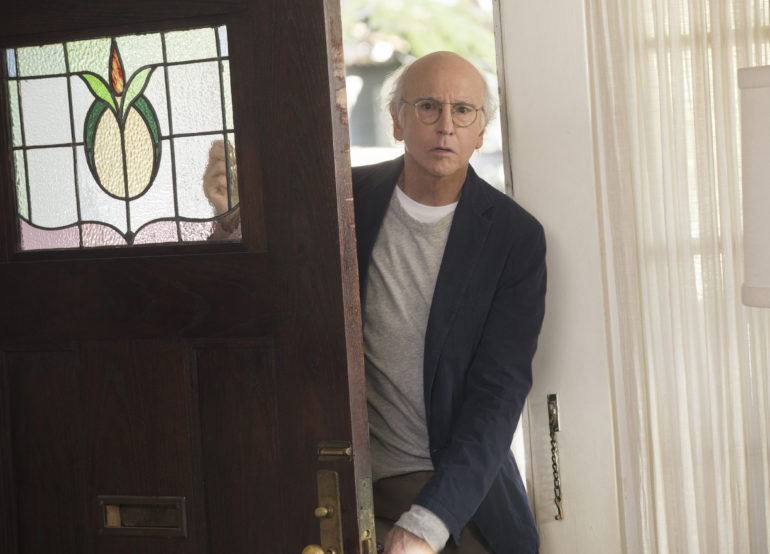 Here's a sneak peek at what Curb Your Enthusiasm has in store for views next month.

Larry (Larry David) angers a hot yoga teacher, has an auspicious first date and seethes over a run-in with an unfair Uber driver.

Bridget (Lauren Graham) asks Larry (Larry David) for a favor on behalf of her son. Larry earns unexpected gratitude in a buffet line and realizes that tips are better than favors.

Larry (Larry David) is blackmailed by an employee and tormented by someone from his past. Jeff (Jeff Garlin) and Larry pitch a new creative venture. Susie (Susie Essman) gets turned on by a surprising source.

The series is also available on HBO NOW, HBO GO, HBO On Demand and affiliate portals.