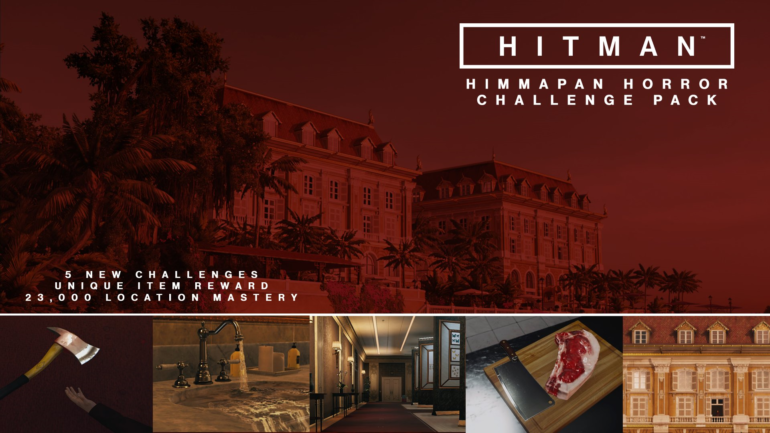 HITMAN fans are tenacious about getting info even before it is officially released. One of the groups that I am in leaked info on this challenge pack but I had totally forgotten about it. All the excitement surrounding Monday's season finale is all anyone is talking about so it was no surprise that I forgot about this. When I saw this pop up in my e-mail I got excited because like a B.I.G. song I knew that “Somebody's Gotta Die.”

After completing the Club 27 mission, 47 did not immediately leave the Himmapan Hotel. His check-in frequency with Diana also became erratic. Agent 47 is a creature of habit so this behavior immediately worried Ms. Burnwood.

At this point, check-ins with Diana had stopped completely and 47 was not answering calls. A report came in that several members of Himmapan staff and guests were mysteriously falling off the same balcony. Diana was suspicious of this and satellite imagery confirmed that these were not accidents. 47 was sending these people to their graves without a contract.

The situation continued to worsen. He would not speak to or answer Diana, but 47 continued to leave his communications channel open. All she would hear were screams followed by silence. What truly terrified her was the low snicker that would follow the silence. Fearing more for his safety than even those at the hotel, Diana ordered an extraction team to retrieve 47.

The team found 47 in the hotel kitchen. He was chopping ribs with a cleaver. They were not large enough for pork ribs, not to mention the kitchen staff was nowhere to be seen. Knowing his skill as a HITMAN, the team kept their distance, taking him down with tranquilizers. When he came to, he was in an isolation room in an undisclosed ICA facility. Diana tried to question him but he had no memory of the past few days. The only thing he could recall was the word “Redrum.”