HITMAN Wants to Know: “Do You Like Blood Money?” 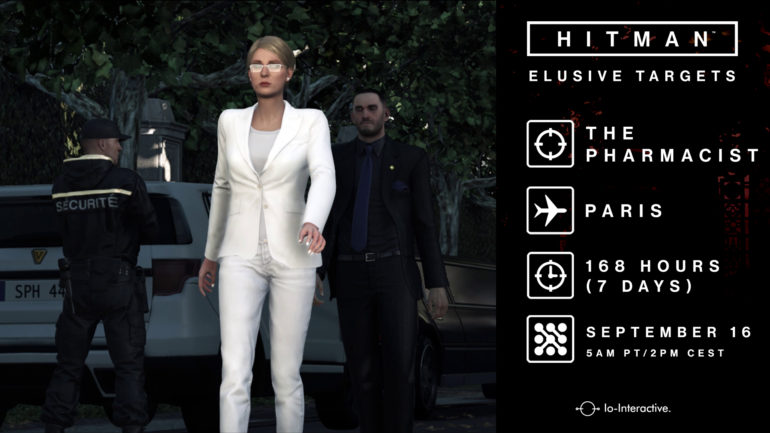 If you are a fan of the latest HITMAN game, you know that nine Elusive Targets have come and gone. If you have been playing the game, you may very well be in eager anticipation of number ten. That day is fast approaching. As with the previous contracts, Slick will provide you with full video of his run at “The Pharmacist.” Cheer him on because he has been nine for nine so far and this would unlock the Blood Money Signature Suit for him.

The Pharmacist appears in Paris at 8AM EDT and will remain there for one week. After that, she is gone for good. This is the first opportunity that players will (legitimately) have to obtain this reward and it is the first female Elusive Target. You had better believe that the R.A.G.E. Works Assassination Agency is going for the win.

The clock is ticking, Slick. I leave you to prepare.