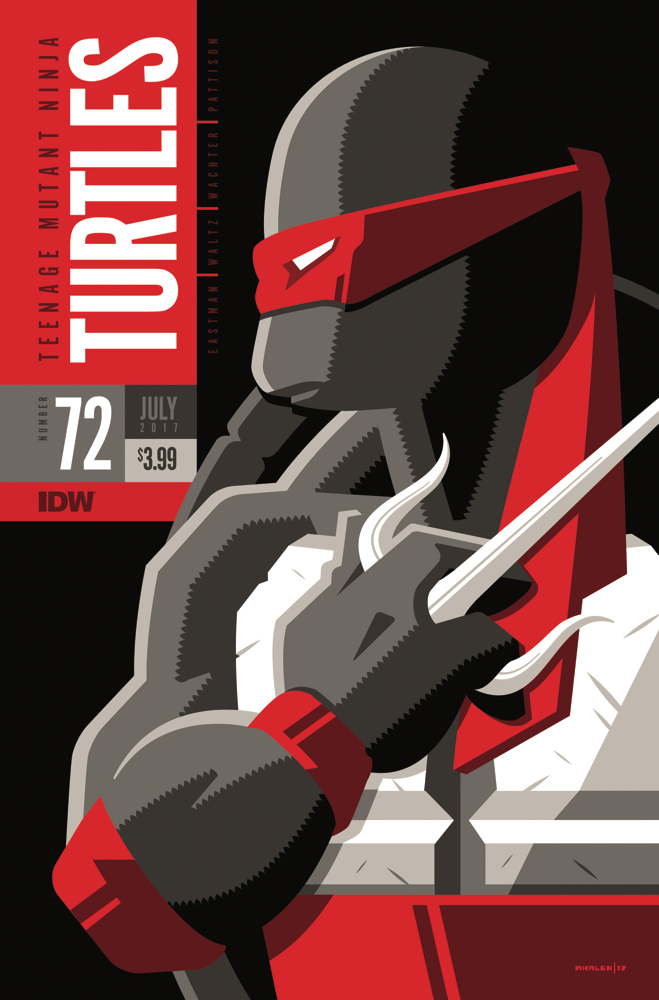 IDW has a lot on deck for comic fans this week at New York Comic Con. They have a ton of signings that start from Thursday through Sunday plus some panels and con-exclusive merch. Let's get to the schedule and see what IDW has on deck.

Jack Kirby's 100th Birthday Celebration with IDW!
Fri. October 6 | 1:45p.m. – 2:45p.m. | Room: 1A21
He swore off cons forever but the love of the King is bringing him back! IDW is proud to have Eisner Hall of Famer JOHN BYRNE return to NYCC for one time only—to join fellow Hall of Famer WALTER SIMONSON in a rousing discussing of JACK “THE KING” KIRBY, complete with a presentation of over 1,300 images of Kirby’s work. IDW President Greg Goldstein and CCO Chris Ryall will preside over this one-of-a-kind team-up tribute. Plus: all in attendance will receive a Jack Kirby birthday gift of their own!

IDW Publishing: Stars of 2018
Sat. October 7 | 6:30p.m. – 7:30p.m. | Room: 1A02
What does IDW have planned for 2018 and beyond? Here's your first chance to find out! Join IDW CCO Chris Ryall, Group Editor Sarah Gaydos, and Editor Joe Hughes, along with Sword of Ages creator Gabriel Rodriguez and other talented-creators-to-be-named-later as they show and tell all about IDW's upcoming slate of books, including a focus on our twin Stars, Star Wars and Star Trek! Bonus: everyone in attendance will receive a cool little promo item as well!

The First Official Sonic the Hedgehog/IDW Town Hall
Sun. October 7 | 12:45p.m. – 1:45p.m. | Room: 1A02
At SDCC, IDW announced they were taking over Sonic the Hedgehog comics. The series won’t start until 2018 but this is the first official chance for fans to get in front of the editors to hear hints about what’s to come, share your history with Sonic, and have an informal meet-and-greet with IDW CCO Chris Ryall, Editor Joe Hughes, and maybe a special guest! Everyone in attendance will leave with a special Sonic something, too! Join us on the ground floor of an all-new Sonic adventure, won’t you?

New & Noteworthy Titles from IDW Books and Top Shelf
Sun. October 8 | 2:30p.m. – 3:30p.m. | Room: 1A18
Take a closer look at fall releases and hear the first details of Spring 2018 titles in this comprehensive panel featuring titles and creators from both Top Shelf and IDW.

The most diverse publishing house in comics takes to the stage for an hour-long celebration of the graphic novel. Hosted by IDW Senior Editor Justin Eisinger and Top Shelf's Leigh Walton, join special guest creators in a lively discussion of upcoming releases and all things books.

Star Trek New Visions
John Byrne Photo Variant limited to 200 copies
$10 each
* First 100 people to buy this book on FRIDAY morning (not Thursday) will get a wristband for the John Byrne signing on Friday from 3:30-5:30 pm.