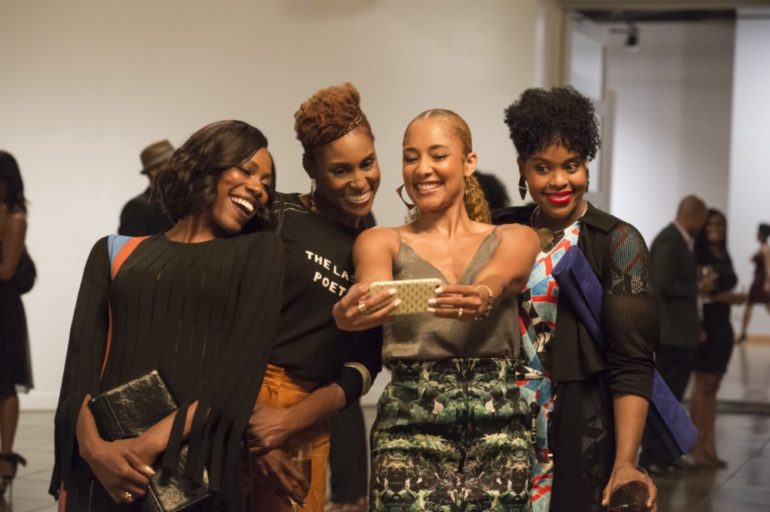 CREATED BY AND STARRING ISSA RAE, RETURNS FOR ITS

After her break-up with Lawrence, Issa tries to get her life back together, working hard to save and earn extra cash while crashing on Daniel’s couch – an arrangement that proves challenging, given their history. Meanwhile, Molly starts a new job at a black-owned law firm, but finds her confidence put to the test when she’s not automatically recognized as “the star.”

The Peabody Award-winning comedy series INSECURE returns for its eight-episode third season SUNDAY, AUG. 12 (10:30-11:00 p.m. ET/PT), exclusively on HBO. Starring Emmy® and Golden Globe nominee Issa Rae as Issa, Yvonne Orji as Molly, Lisa Joyce as Frieda, Natasha Rothwell as Kelli, Amanda Seales as Tiffany and Y’lan Noel as Daniel, the series follows the friendship of two black women as they deal with their own real-life flaws while attempting to navigate different worlds and cope with an endless series of uncomfortable everyday experiences.

In the third season, Issa attempts to navigate her complicated relationship with Daniel, a childhood friend and on-and-off-again fling who’s looking to take his music career to the next level. On the work front, she begins to question her role at the nonprofit “We Got Y’all” and Molly sets boundaries in order to concentrate on her dream job at a black-owned law firm, which she risks sabotaging via her insecurities and hang-ups.

Punctuated by Rae’s pointed rap monologues and fantasies, INSECURE is an authentic and insightful exploration of the experiences of contemporary black women.

Issa (Issa Rae) crashes on Daniel’s (Y’lan Noel) couch and tries to save up extra cash. Molly (Yvonne Orji) returns from a beach vacation with renewed determination to maintain boundaries in her life.

Issa (Issa Rae) gets advice from Kelli (Natasha Rothwell) about her financial situation and plays wingwoman as Daniel (Y’lan Noel) tries to make a music-industry connection.

Issa (Issa Rae) is inspired while recruiting at a job fair with Frieda (Lisa Joyce). Later, she treats Daniel (Y’lan Noel) to a thank-you dinner as she remains hopeful about their future. Molly (Yvonne Orji) starts her dream job at a black-owned law firm.

Issa Rae recently received an Emmy® nomination and has also received two Golden Globe nominations for INSECURE. Her web series, “The Misadventures of Awkward Black Girl,” was the recipient of the coveted Shorty Award for Best Web Show and her essay collection of the same name was a New York Times bestseller. Rae’s upcoming feature films include an adaptation of Angie Thomas’s bestselling novel “The Hate U Give” and “Little,” with Regina Hall and Marsai Martin.