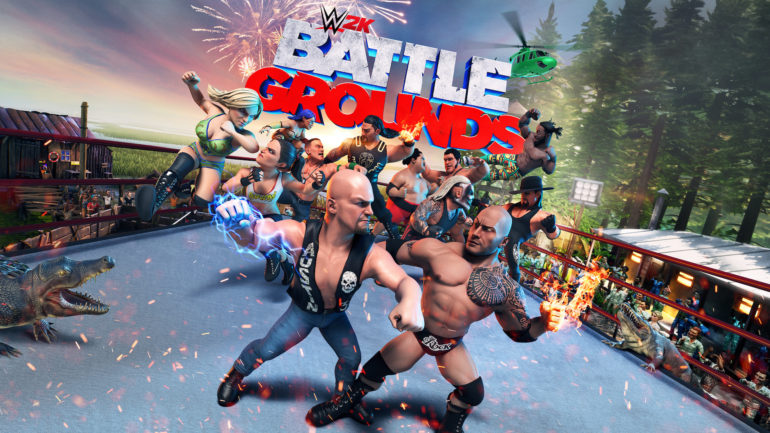 While 2K has put the next installment of the WWE 2K series on the backburner that does not mean fans will not be getting a WWE game this year. 2K's new WWE 2K Battlegrounds arcade brawler will give wrestling fans their WWE gaming fix albeit with more of an arcade feel this fall.

WWE Hall of Famer Jerry ‘The King” Lawler and the voice of NXT Mauro Ranallo will handle commentary duties for the Clash of the Eras matches which will put WWE legends such as The Undertaker, Mankind and other legends against the stars of today including Roman Reigns, Drew McIntyre and other familiar faces from RAW, SmackDown and NXT. Lawler's commentary of course will favor the legends while Ranallo's infectious commentary will showcase today's stars. This marks Ranallo's first WWE in-game appearance. Check out Lawler and Ranallo calling the action below.

WWE 2K Battlegrounds will be available at retailers and via digital on September 18, 2020. Will you be checking out WWE Battlegrounds for your wrestling game fix this fall? Let us know in the comments.